Home ENTERTAINMENT INDIAN TELEVISION Shaheer Sheikh And Erica Fernandes Are Back With A Bang As ‘Devakshi’...

The title must have already quickened the heartbeats of many as the name ‘Devakshi’ is enough to make millions crazy across the nation .

The show put on the platter , the variable aspects of reality of different relationships that the audiences could well relate to. While Shaheer Sheikh and Erica Fernandes’ onscreen jodi as Dev and Sonakshi and their fresh chemistry managed to woo millions , the equation amidst Dev and his maa , essayed by Supriya Pilgaonkar was no less than a bliss to watch on screen.

Here’s the promo for the new season –

After the first and second season received overflowing love from the audiences , looks like a fresh new season is on the way soon . Actor Shaheer Sheikh and actress Erica Fernandes shared some snippets with the evergreen background score , on their Instagram profiles a few days and it’s pretty obvious that the fans of the duo can’t keep calm since then!

The audiences have definitely been buzzing with excitement ever since the glimpse of their ‘Devakshi’ has been seen, flooding the social media with their affectionate messages.

We also conducted a poll to see how high the buzz meter went and looks like more than half of nation is eagerly waiting for their daily dose of Devakshi with the excited audience percentage resting at 75%.

While 16% of the viewers don’t seem in favour of the new season , 9% are still dicey on the same! 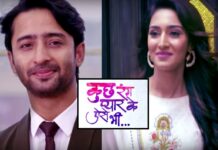 Kuch Rang Pyar Ke Aise Bhi 3 – Three Reasons You Must Catch Up With The Show! 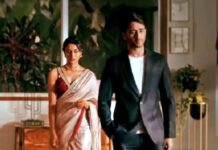 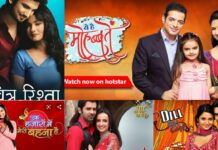 Top 5 Old Indian TV Shows That You Can Rewatch Online And Relive Their Magic!

Harshad Chopda And Smiriti Kalra To Share The Screen In a...