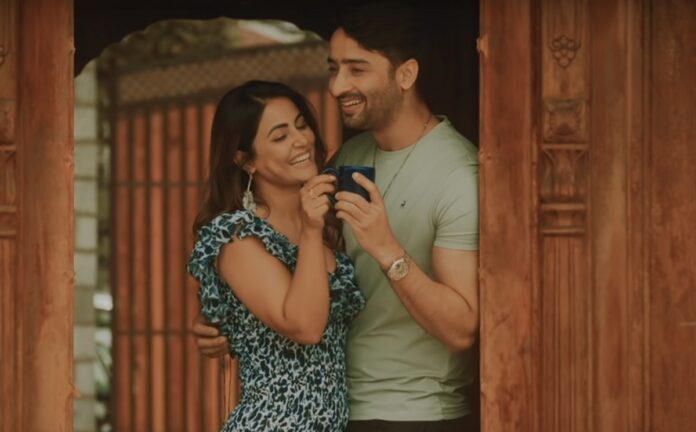 VYRLOriginals’ Baarish Ban Jaana starring Shaheer Sheikh and Hina Khan which was released earlier this year and topped the charts became one of the most listened to songs.

Sung by Stebin Ben and Payal Dev, this sweet melody went on to win hearts and is still going great.

More than that, the team has a bigger achievement to celebrate now as the music video has been ranked No. 8 out of the top 10 music videos in India in 2021.

The happiness was clearly visible on Shaheer and Hina’s faces who added the charm of their chemistry to the song.

Television’s popular faces Shaheer Sheikh and Hina Khan were seen smiling ear to ear and celebrating the success as they drove together in a car. The actress couldn’t help but sing the song herself too as it played on the stereo .

Well, we cannot help but agree as it indeed was one of the most soothing melodies we’ve had this year. Here’s congratulating the whole team once again!!

WATCH THE MUSIC VIDEO OF BAARISH BAN JAANA BELOW –