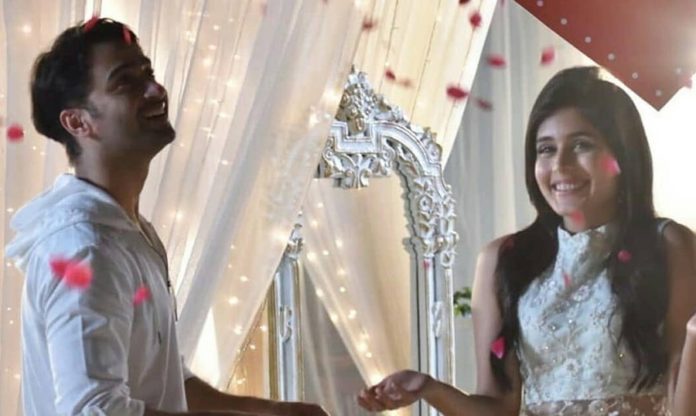 Today marks the second innings of the Indian television soaps that have been at stall due to the obvious global crisis of Covid-19.

Now, as the routine resumes, the audience was able to see few of their favorite TV shows back on screens today.

With all of that, Shaheer Sheikh and Rhea Sharma’s Yeh Rishtey Hain Pyaar Ke on Star Plus also rolled with a bang today, leaving the viewers surprised and famished for more with its first episode of season 2.

To sum up for the readers, the episode began with the most beautiful sight every fan of the show wishes for. Abir cooking in the kitchen with a smile that reaches his eyes, Jugnu and Abir’s nok jhok and an aura of festivity and positive chaos in the Rajvansh house. With the family members rushing here and there and a happy and chirpy Kuhu in frame, it’s a surprise to see Meenakshi Rajvansh stepping down with Ajeeb Rajvansh’s love, that is a pregnant Mishti. While the latter is glowing with all the happiness, the former cannot help but stare adoringly at his beautiful wife.

And just like all of it seems like a far fetched dream to the viewers, it indeed proves to be true as Mishti wakes up with a scream and goes rushing to washroom only to lock herself inside as she stumbles down to the floor sobbing.
The entire setup shifts to a room which is definitely not Mishbir’s. The sudden transition in the vibe is something unlikely of this show and the events that follow give a sigh of relief with Abir being Mishti’s cheerleader to bring her out of the tormenting thoughts and how easily and subtly he manages to calm her down, helping her to fight her demons.

From all that’s disclosed till now, the show has fast forwarded to three months and it only reveals that Abir and Mishti are staying afar from home all this time. Mishti probably is suffering from some sort of PTSD as her frequently disturbed state pin points to an incident that’s only known to the two and it is making them take a step back from their loved ones.

Here’s what you’ll love to watch in the show –

1. A positive and energetic old version of Abir is back. His poetry, his optimism and his zeal to make it all right for his angry chorni will make up for all that viewers were wishing before the break.

2. The focus on Mishti and Abir while the story line goes through a shift was well articulated. Mishti’s questionnaire, their ‘tea’ date, the way they silently read each other’s mind was like watching all the elements together that make their pair unique.

3. What you’ll love is that new addition aka the thread that the two hold on to even when apart to show their support and assurance to each other. This seems to hold a great importance ahead too.

4. It’s good to see the entire cast i.e the Rajvansh family back in their element. Meenu and Kuhu far from Mishti’s dream with Meenu deep inside convinced that Mishti has drawn away Abir from the family whereas Kuhu still upset with the fact that her sister is enjoying her honeymoon.

5. Kuhu missing Meenu’s Munna aka Kunal was kind of cute though. We missed Abir’s Naanko too!

The show overall made an intriguing entry back in the field with a new flavour that’s not very usual for the makers on Indian television. With a suspense still lingering and the precap bringing Mishbir back home, it’s bound to leave the audiences even more excited. The new twists are truly heightening the watching experience, so let’s see what’s more in store for the viewers now.