Shaheer Sheikh, is a star and he needs no introduction whatsoever. Any viewer who watches Hindi television will be aware of this skilled actor.

Over the years the actor has bowled over the audience playing varied characters onscreen.

Be it as the young Anant in Navya, Arjun in Mahabharat, Dev in Kuch Rang Pyar Ke Aise Bhi, Salim in Dastaan-e-Mohabbat Salim Anarkali or as Abir in Yeh Rishtey Hain Pyaar Ke, the actor has simply made everyone fall in love with the characters he has essayed on screen.

He played the main man of Star Plus’ popular show Yeh Rishtey Hain Pyaar Ke. Portraying the role of Abir, he has made the audience connect with the character.

Shaheer Sheikh shares a very friendly and comfortable rapport with his co-stars on the sets of Yeh Rishtey Hain Pyaar Ke.

From time to time he shares pictures posing with the cast and crew on his social networking accounts and they happen to bring a huge smile on the faces of the ardent admirers of the show.

With Yeh Rishtey Hain Pyaar Ke going towards its culmination, we bring to you in video format from the archives of Fuze, Shaheer Sheikh describing his co-actors from the sets in one word.

So here it is take a look and Start Playing the video now – Shaheer Sheikh describing his YRHPK costars in ONE WORD. 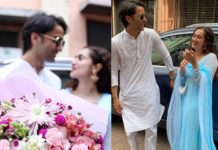 Shaheer Sheikh And Ruchikaa Kapoor Get Married At Court ; Best Wishes Pour In For Both 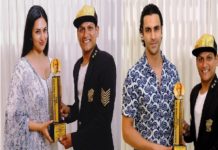