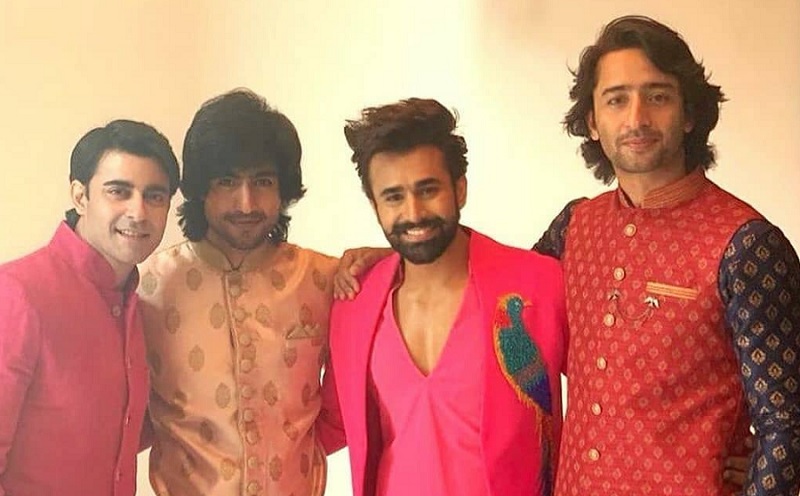 Television industry has its own heartthrobs who are busy robbing the female population’s hearts everywhere nationally but now seems like the mission to extend this has reached international borders too.

The absolutely handsome men from the small screen which include the likes of Shaheer Sheikh and Harshad Chopda were spotted together at an event in Thailand.

Along with them, TV heartthrobs Pearl V Puri and Gautam Rode were also spotted together. This fantastic four gang on their Thailand trip have made the crowd go crazy with too much charisma in one frame.

A few female fans of actor Shaheer Sheikh were even out there showcasing their love for the actor by painting his pictures in their nail art! Now that’s something new that we see.

Well, when it comes to the male talented actors in the television industry, there’s no dearth on here but these four amazingly blessed actors in a single frame is too much hotness to handle, isn’t it?

Have a look at their pictures and video right here –

A post shared by HARSHAD CHOPDA INDONESIA (@harshadchopda_indofficial) on Sep 19, 2019 at 9:46am PDT