Home ENTERTAINMENT NEWS RELEASES Shaheer Sheikh : I Had Told Everyone That Anupamaa Is Going To...

Soon after the Coronavirus outbreak, the government announced a nationwide lockdown which went on for over 60 days. And as a result, even the entertainment industry was shut for over three months. Now that the shoots have resumed with some government-approved guidelines, actors are back on sets filming for their shows.

Actor Shaheer Sheikh also joined the sets of Rajan Shahi’s “Yeh Rishtey Hain Pyaar Ke”, and accepted that initially, he was a little scared of resuming the shoot, but their production company made him feel safe.

He even mentioned that wearing a mask, sanitising and washing hands is quite a tedious task and said, “It’s a process and doing that every single day can be really exhausting. Honestly, I was a little scared of resuming shoot, but eventually, we had to do it one day. And I felt really comfortable after I saw how Director’s Kut Productions (DKP) has taken care of everything, I felt quite safe and after a few days I think we got used to it.”

When asked about social-distancing, he quipped, “I thought I was always following it. I would randomly also ask people to move away from a little. So, that’s not new for me.”

Talking about Shahi’s new show “Anupamaa”, he said, “I had loved the promos of ‘Anupamaa’ and in fact, I had told everyone that the show is going to be a major hit. The simplicity of the show, and the valid question they have raised, that everyone is connecting with it, and everyone can relate it with, especially, the Indian families. “I am wondering why nobody asked this question before. It is not something that happened fifty years back, it is still happening in our families. I feel it’s a great show with a great subject and I love the fact that people are watching it,” he added. 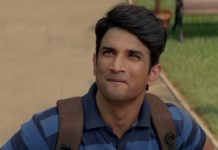 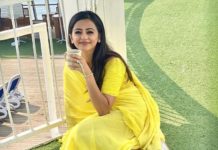 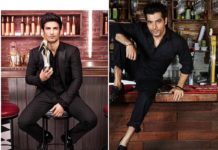