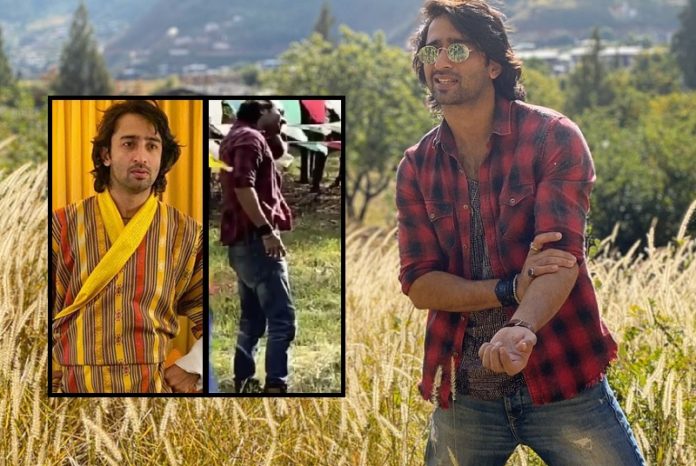 Shaheer Sheikh is a talented actor and there are no two scents about the fact that the actor is devilishly handsome as well.

His looks and persona has attracted a major fan following to him and everyone who is a fan knows about his wanderlust too.

The actor, this time has posted some real beautiful updates from his last Bhutan trip and from how amazingly the sights have been captured to the man capturing them, we are in awe of it. Shaheer Sheikh posted some of those clicks as Instagram stories. Check them out –

However, amidst the plethora of views, the one picture that caught our eye was of this main man in the traditional Bhutanese men’s wear called Gho.

Although this man surely is a pro at whatever he does, looks like this time he had a little idea about how he could have carried the attire and from the click he has posted,the weird way in which the dress is being projected on him and more than that the baffled look on his face would surely send you rolling on floor in laughter.

And if not that, we bet the fangirls there won’t be able to resist gushing over this cute and innocent sight anyways!

Have a look at it right here –

So I tried the Bhutanese traditional dress for men called Gho and I am sure u r not suppose to hold it up like that.. #madMe #shaheersheikh #donottrythisathome