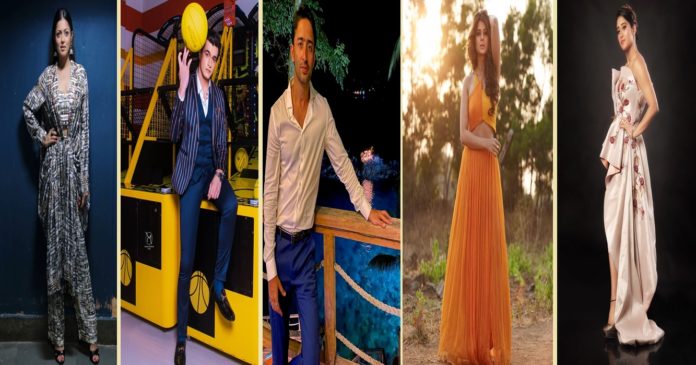 International iconic awards, a platform that honours the talent from across the country in various fields has come up with it’s nominations from the Indian television industry too.

The 6th edition of the awards which are held in Mumbai, has featured these popular stars in the nomination, from the small screen.

This includes the likes of few of the most loved stars from the industry like the ace actor Shaheer Sheikh who’s ruling the charts as Abir presently in Star Plus’ Yeh Rishtey Hain Pyaar Ke.

Also, Mohsin Khan, the lad who has made it to one of the most versatile actors with his stint as Kartik Goenka in Yeh Rishta Kya Kehlata Hai, is in the list.

Among the leading ladies we have the young and vivacious Shivangi Joshi aka Naira from Yeh Rishta Kya Kehlata Hai and the perfectionist Jennifer Winget who can be seen currently in the second season of Beyhadh.

The very talented Drashti Dhami who has garnered a huge fan following with her amazing acting skills on small screen also, has been included in the same.

It wouldn’t be wrong to say that these stars indeed deserve the nomination for their unwavering dedication and stupendous work they have done on the small screen.

Check out their nominations as listed below –

A post shared by INTERNATIONAL ICONIC AWARD (@internationaliconicaward) on Apr 3, 2020 at 3:27am PDT

A post shared by INTERNATIONAL ICONIC AWARD (@internationaliconicaward) on Mar 22, 2020 at 2:26am PDT

A post shared by INTERNATIONAL ICONIC AWARD (@internationaliconicaward) on Apr 4, 2020 at 12:46am PDT

A post shared by INTERNATIONAL ICONIC AWARD (@internationaliconicaward) on Apr 5, 2020 at 12:22am PDT

P.S:- While we are here to keep you up-to-date with all the camaraderie of your favorite television stars, let’s not forget to stand united in this turbulent time. Hope you’re following the right measures and washing your hands at regular intervals and encouraging your friends and family also to stay inside and stay safe!