Shaheer Sheikh and Rhea Sharma starring Yeh Rishtey Hain Pyaar Ke bid adieu to Indian television in October 2020. The show since then made more headlines probably than it could make when being on air as fans trended quite heavily demanding a 2nd season of the show. They expressed their dissatisfaction over the closure of the show which as per them was a ‘hasty’ decision by the makers.

As the speculations and the hope about the 2nd season is still alive among the fans, posts about the show coming from their actors simply brighten up their day.

Very recently, Shaheer Sheikh made his fans happy by re-sharing a picture of himself with his Yeh Rishtey Hain Pyaar Ke cast. The still is from a very happy moment of Shaheer’s character Abir’s haldi ceremony.

If you didn’t see it before, take a look at the beautiful memory here – 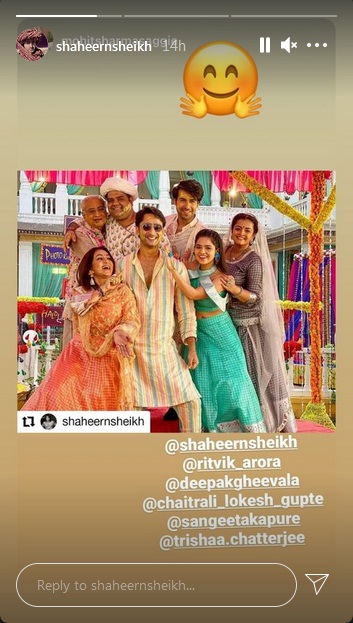