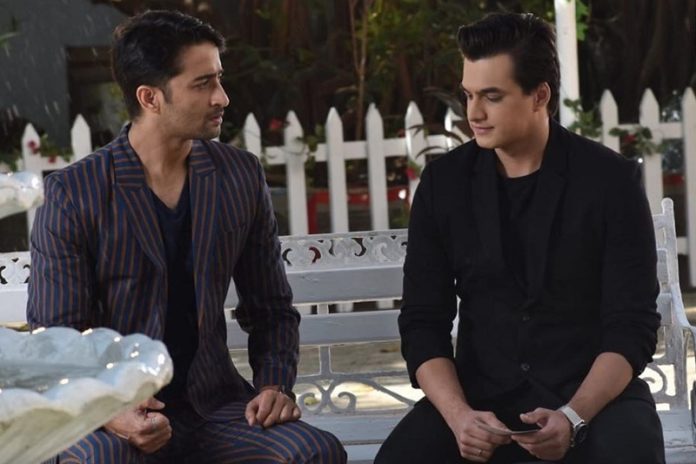 Shaheer Sheikh undoubtedly knows the knack of winning over hearts of the audiences. The actor with his fine acting skills has proved time and again why he is among the renowned stars.

With lockdown in place his umpteen number of admirers are missing watching him on the television screen. So we at Fuze decided to cheer up all the actor’s followers and got in touch in with him.

Both the actors’ current shows belong to the same production banner, the Director’s Kut Productions. So no wonder there was anticipation among viewers of both shows that sometime or the other their beloved Kartik and Abir will be seen in one frame.

And when Star Plus released a promo of these two characters together, the excitement levels sky rocketed amidst of both actors, characters and shows, (YRKKH and YRHPK).

We quizzed your favorite Abir a.k.a Shaheer Sheikh about how it was shooting with Mohsin Khan and this is what he shared with us, “He’s a great chap!”

Praising Mohsin, Shaheer added, “He is a good actor, is good looking and he’s quite friendly.”

Giving us more insights from his shoot with Mohsin, Shaheer said, “We shot that promo in an hour, an hour and a half max.”

Shaheer Sheikh shared with us more tidbits from the time he shot for the promo with Mohsin, sharing with us how smooth the shoot went, he said, “And yeah, it was quite smooth and he’s a nice helpful guy. It was a good experience”.

Both Yeh Rishta Kya Kehlata Hai and Yeh Rishtey Hai Pyaar Ke airs on Star Plus and we are sure viewers and fans who follow both shows wish for a merger episode of the two. We wish for the same. So we asked Shaheer if there was even a slight possibility of this wish coming true.

He said, “So we are in two different time zones. So I don’t know exactly how and when but you never know. Yeah maybe we can have a dream sequence.”

While we agree that both the shows are in different time zones but a dream sequence of both shows, its characters together in one frame, it would be a boon for the viewers, an out and out delightful experience, if it ever happens!

Watch The Promo Again Below –