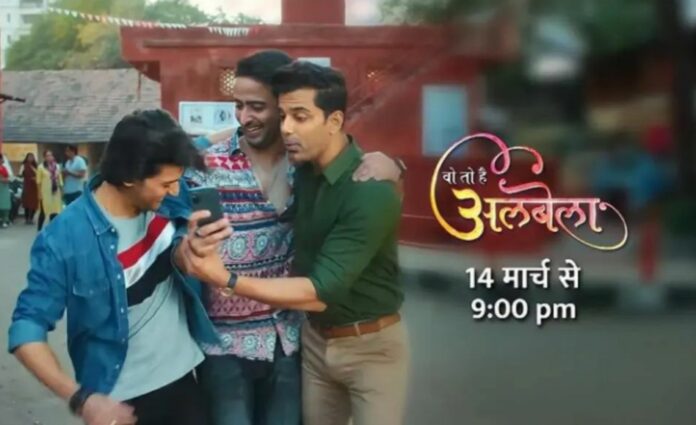 Shaheer Sheikh is returning again on Star Plus with another Rajan Shahi show titled as Woh To Hai Albelaa. The show is set to start from March 14th 2022 on Star Bharat. The show stars Kinshuk Vaidya, Anuj Sachdeva and Hiba Nawab alongside Shaheer Sheikh. Star Bharat has already released two promos of the show in a gap of 24 hours.

What We Watched In The 1st Promo?

The ‘albelaa’ shows himself in the midst of a busy road making jumps and doing stunts to get the best frame possible for a photo. He is the kind of a man who can capture the most interesting frames and make them go viral in seconds! People are seen talking about what’s his occupation and this man with the help of his brothers, shows them not only what he does but also how he does it.

The promo is lively, happy, positive and colourful. There’s no way you won’t smile watching the promo. In short, it can be termed as one of the best character introductions in a trailer. It actually gives us a glimpse of how Shaheer, Anuj and Kinshuk are going to be in the show. And needless to say, Shaheer is looking absolutely crush worthy for his fans. Moreover, his look is quite different in the show and has a cheerful aura too.

What We Watched In The 2nd Promo?

The 2nd promo shows the all three brothers celebrating their mother’s birthday. While our colourful ‘albelaa’ makes a happening entry here as well, the promo focuses on how he can never forget anything that everyone else may forget but he has the potential to forget the small things that no one else would fail to remember.

The family bonding, the brotherhood and lively nature of the 3 primary characters are highlighted in the trailer. After a long time, we watched two back to back promos of an upcoming show that doesn’t focus on problems but rather just focuses on moments and are fun to watch.

We are sincerely and eagerly waiting for Woh To Hai Albelaa to start on Star Bharat. This one is for sure going to be a great ride.