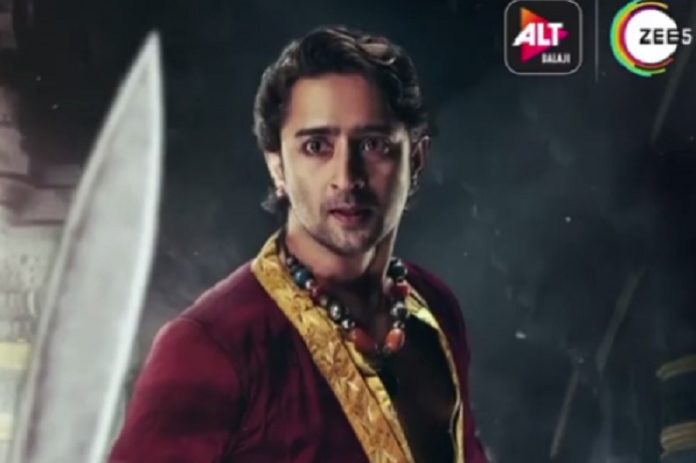 Shaheer Sheikh is all set to make his digital debut. Probably, his fans had been always waiting for him to make his entry in the digital world. And the wait surely is worthy. It seems Shaheer has chosen a very different project from the rest of the ongoing series to make his debut. And from what he has posted on Instagram, we think this time too he made sure his digital debut has some good message for the viewers.

Shaheer Sheikh will be seen on a web series titled as Paurashpur. The series can be watched on either Altbalaji or ZEE5 platforms. From the looks of the first motion poster, it seems the fiction series is set in the historical era. If that is so, we can watch again in similar get up long after Mahabharat and Dastaan E Mohabbat Salim Anarkali. For his fans, it’s always a pleasure watching him portraying historical or mythological characters. He receives positive response for the audience for such characters.

Shaheer himself introduced his character and posted the motion poster on his Instagram account. The actor said that he will be portraying the character of Veer Singh in Paurashpur. He wrote that he will be playing the role of a ‘vyapari’ or businessman who will be visiting Paurashpur for business work. However, his entry in the kingdom will bring eventual changes in the life of the people. He will bring a revolution that Paurashpur needed.

Shaheer Sheikh was last seen on Star Plus’ Yeh Rishtey Hain Pyaar Ke opposite Rhea Sharma. The demand for the 2nd season is still high among the fans even after the show went off air. Meanwhile, Shaheer Sheikh also did a court marriage with Ruchikaa Kapoor, Vice President of Balaji Motion Pictures, recently and Paurashpur will be his first project post his marriage.

Also Read : The Viral Video Of Shaheer Sheikh And Ruchikaa Kapoor Taking Wedding Oaths At Magistrate’s Office Is Adorable For The Fans – WATCH

We liked the motion poster and are waiting eagerly for the teaser on December 6th 2020. Let us know what you think of Paurashpur’s first motion poster featuring Shaheer Sheikh in the comment section below.