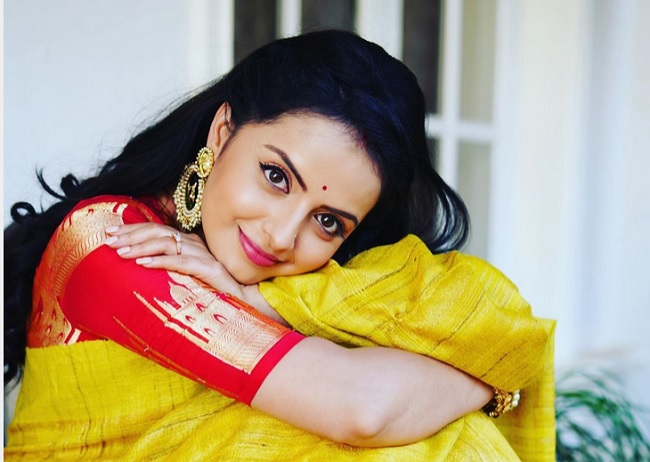 Ek Bhram Sarvagun Sampanna on Star Plus right now is grabbing eyeballs currently for all the right reasons. The show may not be the king of TRPs on the charts but certainly it tops the plethora of shows in terms of the content and the performances.

One such ace performer and the leading lady of the show, Shrenu Parikh, is winning hearts with her unconventional and top notch performance in the show. With the blend of grey shades and the positive ones in the show, this bubbly beauty has the audiences all praises for her.

And while you continue to witness the transitional phase of Janhvi to Pooja Sharma, we got in touch with the gorgeous diva Shrenu Parikh to catch up on the ongoing track, the much awaited tashan with Zain Imam in the show and lots more! Scroll down below what she had to say –

1. The new promo of Sarvagun Sampanna came as a shocker. Its a 360 degree turn for your character. Now that Janhvi will be seen as Pooja, what are the major changes audience will witness in her? Will she be calmer than before or more clever than before?

Well, yes it is indeed a 360 degree turn for my character. And yes, I am gonna enjoy. She is going to be more calm and she is going to be even more clever. It’s fun and I am enjoying this phase already. This week’s episodes are already on the verge of culminating into the revamp. I am excited and getting great feedback about it.

2. Kabir and Janhvi’s face off is obvious from the promo. But some media reports are also claiming that there’s going to be a romantic angle between them. Is it true by any chance?

Yes, the tashan is definitely there. But we have no idea about how it is going to culminate or enter into another phase of being romantic or whatsoever. I just want to say that, enjoy this phase because this is what the fans wanted. They wanted the tashan between us. And it is completely enjoyable while shooting. I am sure the fans will enjoy it even more because hum log bahut mehnat kar rahe hain. It’s just fun pulling Zain’s leg and the kind of sequences we are shooting right now.

3. The show is highly praised by critics and is popular among online audience. But the same is not the case with TRPs. Do you think TV viewers are still not ready for different shows like Sarvagun Sampanna?

The main motive was to do something different for myself. This show was taken for me and my greed for acting and I think I have achieved that zen at least. It feels great when people from the industry and critics actually appreciate our show and online audiences also have grown a lot. I really feel that rating should have been more but again janta hi sab decide karti hai. So yeah, can’t do much about that as an actor. I can only act and I am just convinced by the fact that I am doing something great.

4. There’s quite a large set of fans on social media, who always wanted Kabir to be Janhvi’s challenger. Do you have anything to say to them to get them more excited?

Oh yes! That’s what I just said in my previous answer. They always wanted this and now they are getting it, so they better bring us to the top 10!

5. What’s your take on some major characters exiting the show?

No character is technically exiting the show. Everyone is pretty much there but we have to bring this twist so for the time being they will have to hibernate for a while. Otherwise nobody is going out of the show. That’s something for sure.