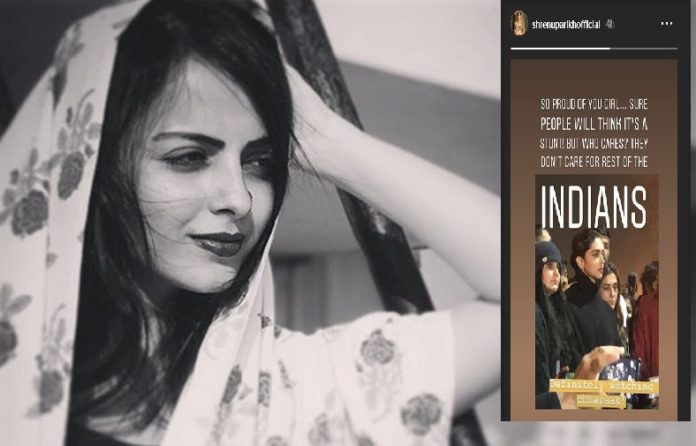 A lot of chaos and disrupt has been going on in the nation since the waves of Government passing the Citizenship Amendment Act have sweeped across the public.

A recent attack in Jawaharlal Nehru University (JNU) in heart of the nation, Delhi, took place and shook people across with the brutal attacks on the students and faculty.

With all the protests still in activity in support of the youth of the country, the Bollywood queens have come forward to express their solidarity with people. Deepika Padukone, Konkona Sen Sharma, Swara Bhaskar, Taapsee Pannu, Alia Bhatt among others have spoken up.

Amidst the numerous actresses who came out , Deepika Padukone whose film ‘Chapaak’ is just two days away from release, also made it to the protest and made everyone laud her presence which could be such a crucial move for her.

Not only the Bollywood and general public, our television stars too came out and praised the B town beauty for her courage. Expressing the proud feeling and respect for her, actress Shrenu Parikh, one of the ace actresses from Indian television also posted an Instagram story praising the latter.

Look at her story below – 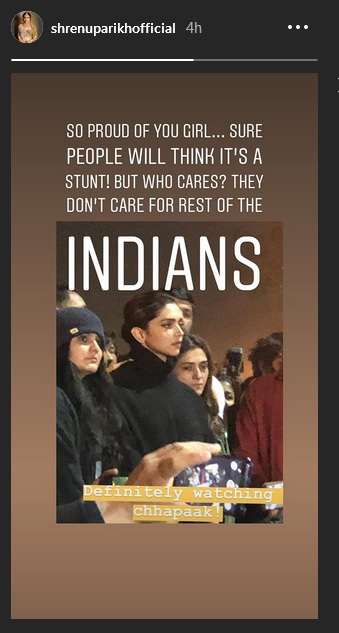 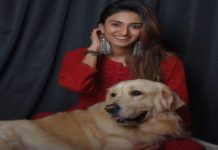 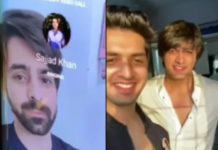 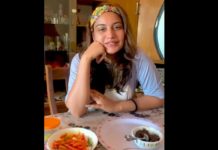