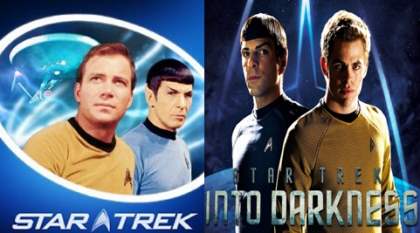 The success of Star Trek: Into Darkness has audiences ‘Pine’-ing for more. As a result of the overwhelming response, Roberto Orci, one of the producers on the Star Trek reboot films, announced that he had a meeting with CBS  2 Network to talk about reviving the franchise on television. Unfortunately, at this point, we don’t know much beyond that some higher-ups have been throwing the idea around, so it might be a little too early to get excited. There is still a long road ahead before anybody can get the Enterprise back to her original home on the small screen.

What we do however know is that director J.J. Abrams, who is currently busy working on another addition to the Star Wars franchise, is uninterested in directing the film. He refused the idea altogether. Given the commercial success of the reboot, Paramount has some motivation to do more with the franchise in a different format. Further details however have not been disclosed by either the channel or the production. Could it be that the Star Trek curse is officially broken?