Home ENTERTAINMENT CELEBRITIES Surbhi Chandna Is Elated While Celebrating Her Birthday On The Sets Of... 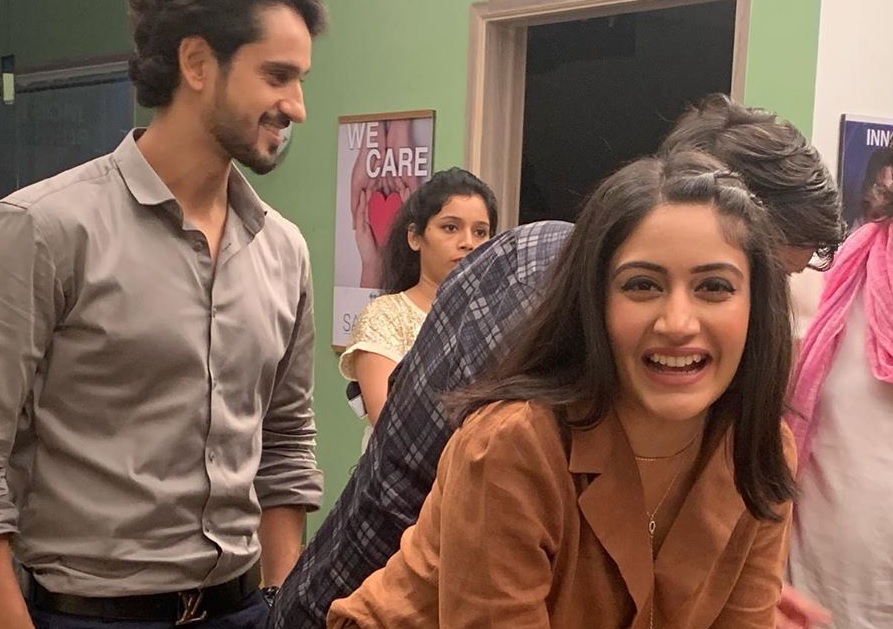 Actress Surbhi Chandna, who earlier had seized many hearts as Annika in Star Plus’ Ishqbaaaz is now raising the heart beats once again in her stint as Dr. Ishani in Sanjivani.

The new doc turned 30 on 11th September and in total contrast to how she has been spending her last three birthdays travelling around the world, the actress was spotted working on the sets.

But a working birthday can never be full when the cast is full of joyous people around. The actress’ birthday was celebrated with zeal and excitement with more than 4 cakes being cut on the set with all the cast and crew members around.

The actress seemed extremely overjoyed and shared her feelings through an Instagram post where she shared with her fans, a few glimpses from the cake cutting.

Scroll down to have a look at the lovely celebration –

What a Birthday ..i am so glad i chose this over travelling this year .. this is half of my mad #sanjivani family missing the other half here .. they are love .. thankyou each one of you my cast crew staff and all my friends from the media for numerous cake cutting and birthday segments.. my SC fan – family for endless cakes and gifts and flowers and so much more .. my friends and dear family who made it extra special this year ♥️🧿 only and only #gratitude #sanjivani #drishaniarora #11thseptember #birthdaygirl #birthdayonset It is no less than a festival for me Thankyou for making me feel like that Swipe Swipe

Wishing the actress many more joyous birthdays ahead!