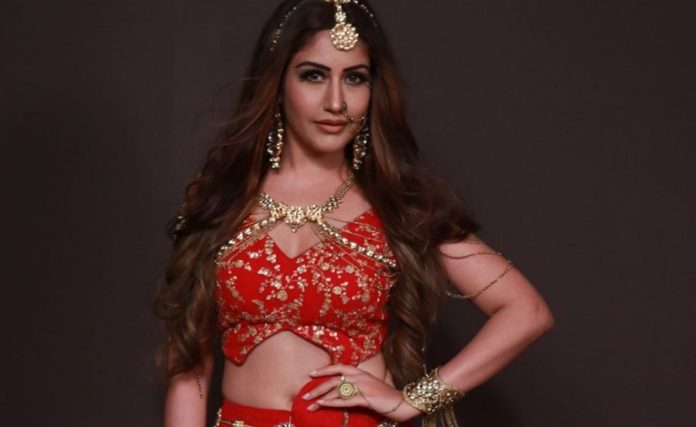 It’s no surprise now when television’s much admired and popular actress Surbhi Chandna drops a bomb with her hotshot pictures.

And once again the actress is setting some major fashion goals with her latest traditional looks.

The recent one being the eye-catcher, the look features her in a lovely designer baby pink lehenga. The blouse paired with the lehenga definitely is a show stealer with its intricacy and fashionable cuts.

Topped with silver jewelry, the actress decided to wear only traditional silver earrings and a nath which adds the oomph to the whole look. Now that’s one major bridesmaid inspiration we’re rooting for.

Another perfect inspiration for this wedding season is definitely the yellow drape dress look which is a perfect blend of modern and traditional. This should surely go down into the list of bridesmaid outfits!

Check out the posts below and the amazing looks of the actress. We bet, you won’t stop swooning over them!

Also Read – Surbhi Chandna Is Ringing In The Summers In Style In This White And Yellow Combo!