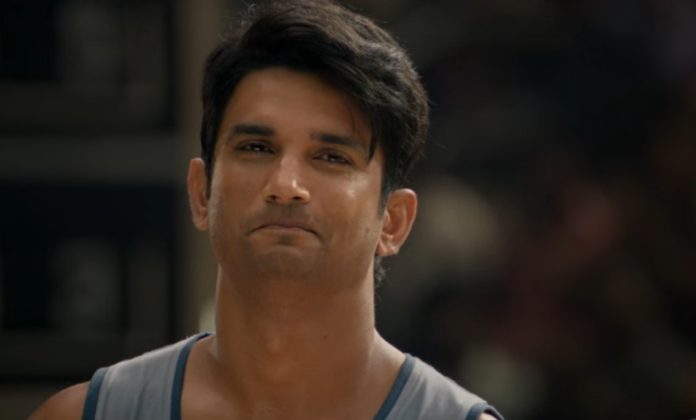 The news related to actor Sushant Singh Rajput is on everybody’s mind. Every minute, every hour, everyday there is a new development in the actor’s case.

For the past so many days everyday there is a new trend on the social networking website twitter, seeking for justice for the actor.

The tweets are the emotions of the people that are overflowing. Ever since 14th June, the tweets keep coming and every single day they happen to be among the top trends in the Country.

Even today as we open Twitter we can see that among the top trends in India 4 of them are related to Sushant Singh Rajput’s case.

Read Some Of The Tweets Below –

We don’t have any expectations with @CMOMaharashtra

_ We participated in janta curfew!

_We had isolated ourselves to prevent the transmission as told by u!

_We light diya’s & candles becoz u had told us!

What about us sir?? pic.twitter.com/fTQAPntmAd

Till yesterday u didn’t have his electronic evidences & suddenly u know wat he searched. Usually depressed humans delete everything including search history so dat no one knows wat they are upto, they hide everything. Let #IPSVinayTiwari do investigation #MahaGovtExposedInSSRCase pic.twitter.com/vPobwx875j

Why did the police commissioner asked the media to put off the cameras?
So that they can freely change the statements later !!
Their actions speak everything how scared they are!! @ishkarnBHANDARI #MahaGovtExposedInSSRCase pic.twitter.com/hB2a65w5is

For the First time Sushant’s Sir father came out and Said his whole heart.
Main points by his father –
*Father slams Mumbai cops for inaction
*Main accused are on the run
*Allerterd Mumbai cops, refused to act
Shame on you Mumbai police !#MahaGovtExposedInSSRCase pic.twitter.com/pojl4ouCLB

This is a fight between India Vs the corrupted Maha govt and Police. If they can hide a high profile murder of SSR, then imagine how many unsolved murder mysteries fall into their kitty. It’s high time now @narendramodi. We want CBI for SSR. #MahaGovtExposedInSSRCase pic.twitter.com/HJ5R6yGKyL

It’s been 50 days.
“But the strangest thing to date
so far away and yet you feel so close
and I’m not gonna question it any other way.
There must be an open door
for you to come back.”#SushantMysteryDeepens pic.twitter.com/KIyqk6RFFD

Earlier it was Jiah Khan.
Yesterday it was Sri Devi
Then Disha
Today it’s Sushant.

Tomorrow it will be someone else.

Sushant Singh Rajput’s sudden demise has caused an uproar and everyone wants answers. The hashtags keep trending waiting for answers. The fans, family and well-wishers of the actor are fighting tooth and nail.