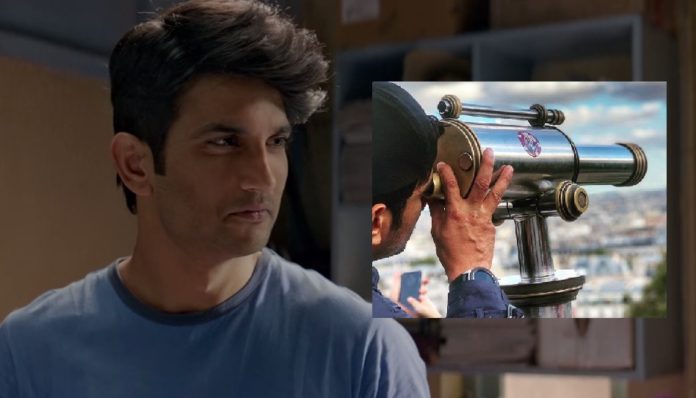 Sushant Singh Rajput, the bright shining actor, a individual full of life, an inspirer, he has touched hearts of his well wishers and fans all over the globe.

Without a ounce of doubt Sushant Singh Rajput is a star. His sudden demise on June 14th 2020 still seems unreal for all family, friends, well wishers and fans.

SSR now continues to live on in the hearts, thoughts and memories of millions out there.

The actor is an encyclopedia of vast and never ending knowledge. From learning the skill of piloting, to solving mathematics equations like a pro he has aced it all.


Recently while surfing the social networking website, Twitter, we came across a video of this intelligent star, which proves he is a complete genius once again.

Watching the open sky, looking at it in the wee hours of the morning, Sushant Singh Rajput marks and points out the position of the different planets, from Jupiter, to Venus, Mars, Saturn, Pluto, Neptune in the open sky during the very early morning hours.

He also marks the position of the Sun and Moon. With a gadget in his hand with the planets’ positions showing up, we believe the study of planets and their positions has never been as interesting as this.

Watch The Video Below :

I use to watch this video daily..👇 many times ..!
Background … Jai Jai Shiv Shambhu 🔱💫🌪️🦋❤️#ReportForSSR pic.twitter.com/2FLT3HCg2i

Closing the article we would like to say Sushant Singh Rajput is a STAR who will keep shining forever in umpteen numbers of hearts forever!