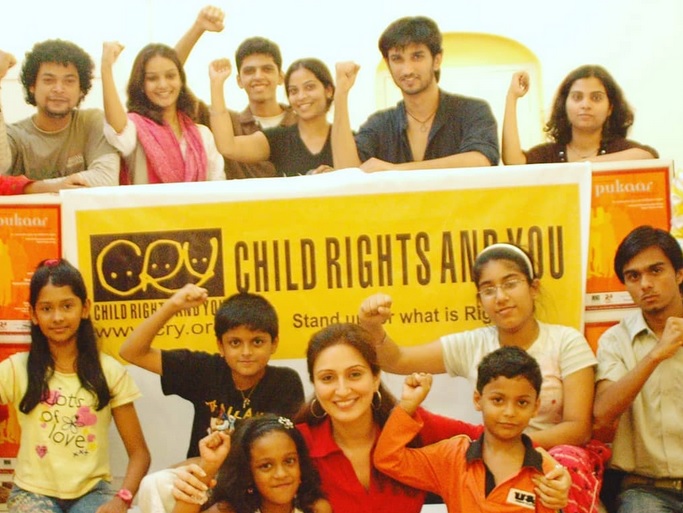 Sushant Singh Rajput, the talented and intelligent actor is no longer with us. But with the kind of legacy of work he has left behind, he is there always.

The actor’s work is not just limited to acting on television or in Bollywood cinemas, but Sushant Singh Rajput has done plays too.

Juuhi Babbar Sonii has directed the actor in his first play Pukaar back in 2007. Sharing a click of the actors 1st play, Juuhi’s caption will make the actor’s fans emotional.

In her caption from mentioning about how Sushant always used to say, ‘Didi u were my first director’ to her. To also sharing how Sushant Singh Rajput was spotted by a Balaji casting person while he was handling tickets at the box office counter for one of the plays.

To talking about how the actor stayed connected with his theater friends even after becoming a TV and filmstar, the post and a look at Sushant’s click from his first play, is ought to move anyone and make them emotional.

Today the actor’s last film Dil Bechara is all set for its digital release on Disney+ Hotstar. Don’t forget to watch the movie at 7:30 pm IST.