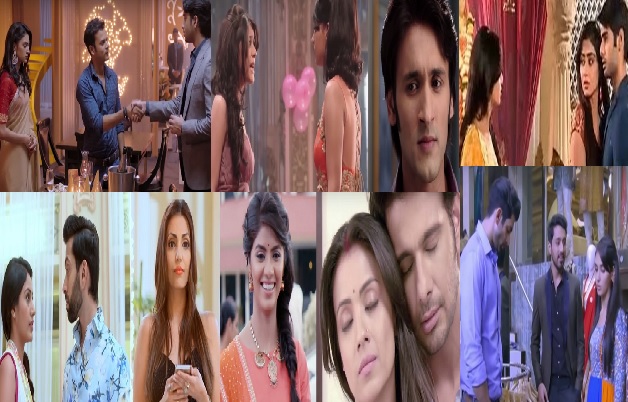 Love triangles are like common in almost all TV shows nowadays. Most of the TV shows come with the same concept. Sometimes its interesting to watch but sometimes the same gets very monotonous to watch for the viewers if it is stretched for too long.

A few years ago, love triangle only meant ‘Pati, Patni or Woh’. However, with time things have changed.

A love triangle necessarily doesn’t always have a villain included in it. It may nowadays consist of very positive characters as well. May be it’s the ‘Hum Dil De Chuke Sanam’ effect! Who knows!

These plots are often used to make the protagonists realise their love for each other. And the third angle characters are nothing less than catalysts in the storyline. Now the love triangle concept is a tested formula for making a show instant massive hit.

Have a look at few most talked about love triangles on TV this year.

Although Dev and Sonakshi loved each other deeply, Dev opted for a break up due to his mother Ishwari’s disapproval of Sonakshi. After their separation, Ritik met Sonakshi and eventually started liking her. Their were supposed to get engaged but on the D-Day, viewers got to witness the very much talked about ‘Dev Ki Deewangi’ wherein a drunk Dev loses his balance and faints at Sona’s engagement.

Sonakshi too leaves her engagement ceremony mid way and runs towards Dev. This makes Ritik realise that Sona is still in love with Dev. He makes her realise that she has not moved on in from her love. Ritik’s character was probably the best written third angle character of the year. He entered the show with a lot of positivity and while leaving also he only did spread love.