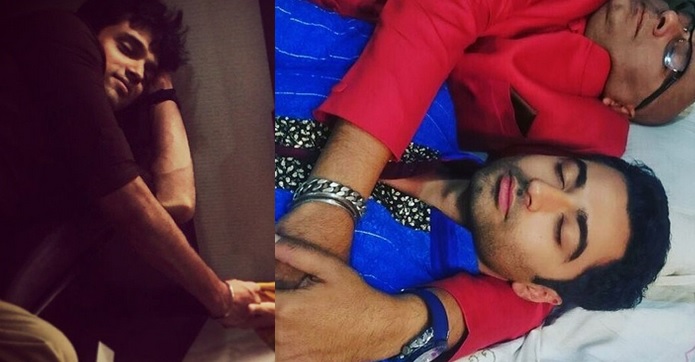 Television actors work anywhere from 12 to 16 hours or more per day. Due to their hectic shooting schedules, the sets become a second home for the actors. Sometimes the actor might be ready for a shot, but the set isn’t. Actors often take advantage of those times to catch up on some sleep. Click through the ‘Next’ tab to view actors sleeping on sets.

Harshad Arora and Amit Behl, the on screen father-son duo from Star Plus’ Dahleez sleeping on the sets.