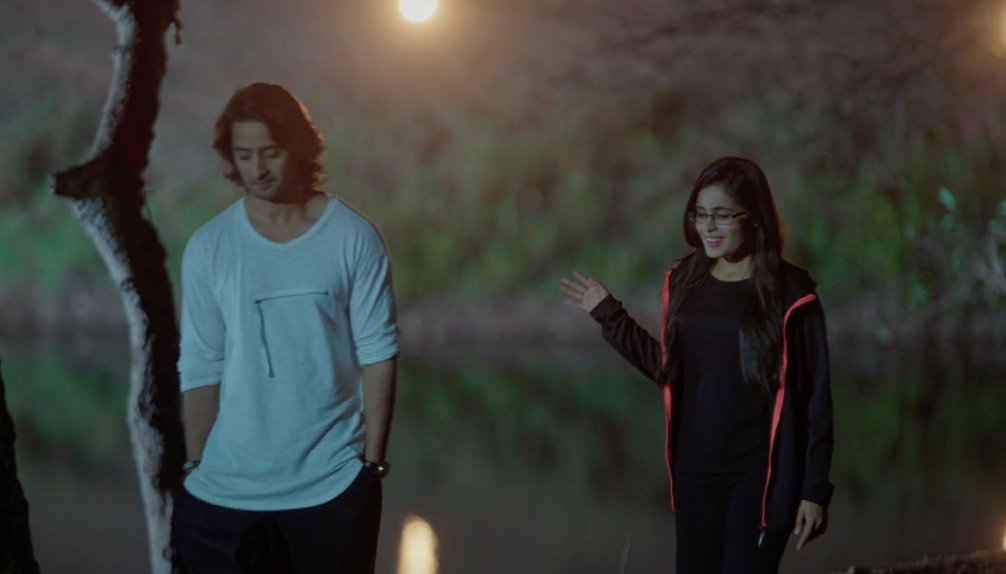 What you will love in the show? Abir and Mishti’s individual characters. Abir’s courage to stand up for the right and always be on the virtuous side will make him your ideal hero. Mishti’s courage to speak her heart and do the right thing without flinching a bit will make you admire her and secretly wish to be like her. Both are new age people with a voice of reason. And that’s what is the best and common thing between them.

The scene we loved recently? Let’s mention three mindblowing scenes from the current lot.
1. The scene wherein Abir realises he has painted Mishti’s face on the canvas and the confusion that follows in his mind later.

2. The fire sequence – That moment when she risks her life for that painting, he rushes to save her and while holding her unconscious in his arms, he realises that he is in love. That was one of the best scenes we have watched in a long time.

3.Lastly, the scene wherein Mishti broke her courtship with Kunal. We loved it because she protested against Kunal’s regressive attitude and we loved it because it broke Meenakshi’s ultimate motive of making Kunal leave Mishti.

What kept us on the edge of our seats? Abir standing in between Meenakshi and Mishti as a protective shield for her. Abir taking a stand at home for the sake of Mishti. Abir telling his family that a wife isn’t someone who will always do something as per their wish but she may also have a mind of her own. And after all this, what is keeping us on the edge of our seats is how Abir is going to continue his ‘friendship’ with Mishti even though he is fully aware now that he loves her. And how he will make Mishti fall for him too?