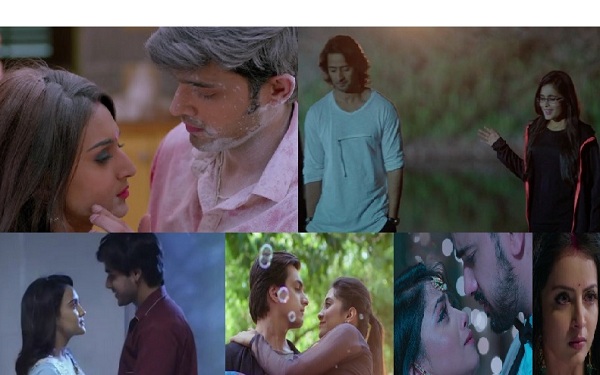 Television is always jam packed with shows and love stories that keep us on the edge of our seats.

We love the characters, actors, their stories and relate to them to a level that they become an inseparable part of our lives.

The current best shows on TV are picked up on the basis of their appeal to the fans, the way some scenes are pulled up by the writers or creators, the performances or the message the show wanted to convey. Take a look at what stood out on TV very recently.

What you will love in the show? The chemistry between Parth Samthaan and Erica Fernandes. Anurag and Prerna’s silent bond is something that keeps the viewers hooked to the show even when they are not together and even when viewers are pushed to the mark of questioning their sanctity. This is one of the major USPs of the show.

The scene we loved recently? All the lovey dovey romantic momenta of Anurag and Prerna. Such moments came after a long time so they obviously became eye candy for all.

What kept us on the edge of our seats? The twist and turns in the show due to its vamp Komolika. Hina Khan as Komolika literally stole the show with her crazy antics. She is probably the only vamp on right now whose crazy and insane actions would make you realise that she has no grey areas in life. Its all black. Let’s just say the entire climax sequence of Komolika’s departure kept the viewers on the edge of our seats.