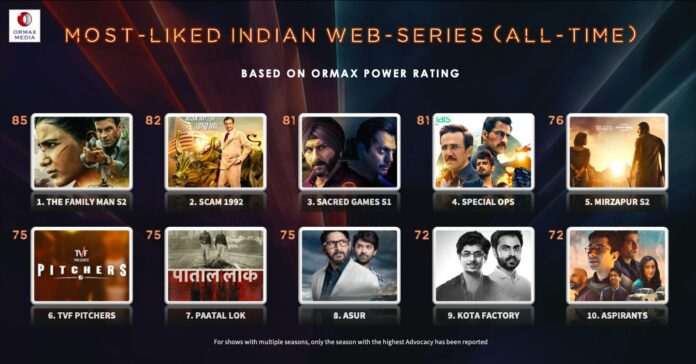 At the end of its tracking, @PrimeVideoIN’s The Family Man S2 is now the most-liked Indian web-series of all-time #OrmaxPowerRating #OTT pic.twitter.com/jlEy6UQ0Sb