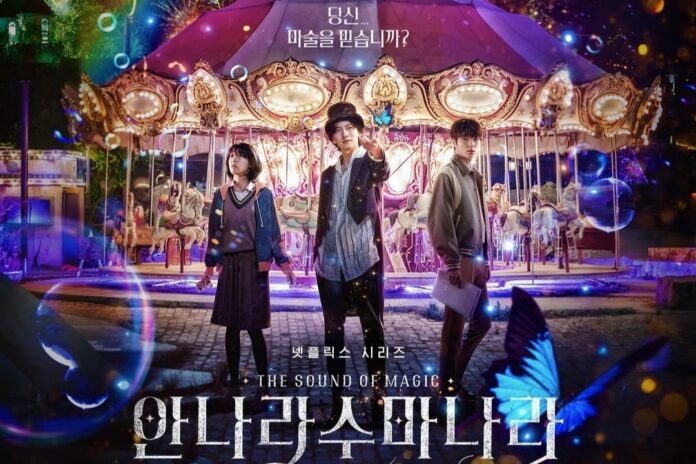 The teaser of the much awaited K-drama, The Sound of Magic is finally here and it’s absolutely magical to say the least!

Magic being the main theme, makes this series all the more worth waiting for. Especially in the world of web series, theme of magic is very rare. For those who love to watch magic on screen, this show might come across as a breather.

Actor Ji Chang Wook will be seen essaying the character of a magician for the first time and it’s exciting much but the teaser gives a glimpse of  everything to leave you all the more excited to watch the series.

Right from the cinematography to the background score that is in sync with the magic theme of the series to the grandeur of the rhythm that is making the visuals all the more appealing. Each aspect contributes significantly in making The Sound of Magic a magical experience Indeed!

The teaser has magician Lee Eul essayed by Ji Chang Wook is seen dancing in a school and as he dances, the magic starts to unfold which surprises the students.

Later we see, Yoon Ai played by Choi Sung Eun who is asked by Lee Eul if she believes in magic. He states, she used to believe in it when she was little. The abandoned amusement park seems to be all lit up in an instant, leaving Yoon Ai in awe.

Hwang In Yeop is also seen in a passing frame but nothing more is revealed about his character yet.

The Sound of Magic is based on the webtoon ‘Annarasumanara’ by Ha Il Kwon. The series will start streaming from May 6 on Netflix!

check out the teaser below –