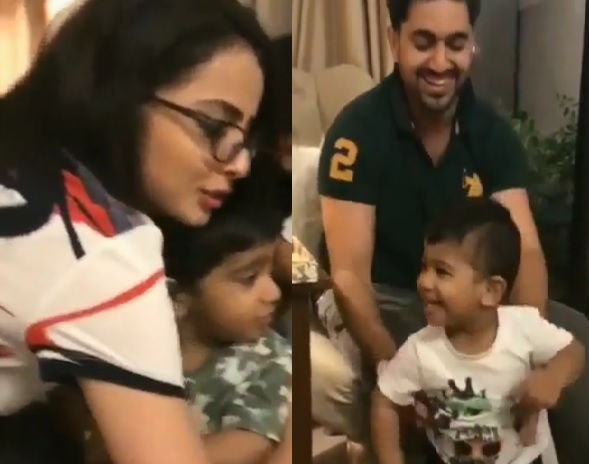 The duo have also worked together earlier in Star Plus’ Ishqbaaz, althought their screen time together was very small.

As Kabir and Pooja, both Zain and Shrenu have been able to garner massive fan following on the social media. So much so that as soon as the news of Ek Bhram Sarvagun Sampanna landed, the fans outburst against the decision of the makers was made evident all over the internet.

Now we do have a special video to cheer up their fans. This video on the social media would be loved by any Shrenu or Zain fan wherein they are seen having a gala time with children along with their producer Dipti Kalwani.

Zain Imam’s Instagram Followers Reach 1.6 Million And He Says A Big Thank You

Shaheer Sheikh : Here’s What He Has To Say About His Mahabharat Costars Pooja Sharma And Sourabh Raaj Jain