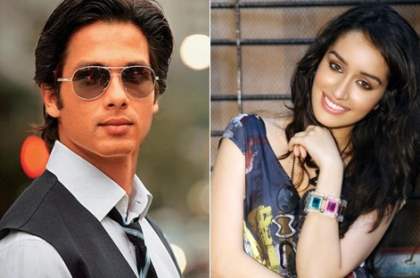 William Shakespeare has inspired many with his writing. From books to plays to movies, inspiration has led people to do all. Vishal Bhardwaj has successfully brought Shakespeare into mainstream Bollywood films. He has received critical acclaim for his movie Maqbool which was inspired by Macbeth. The film starred Pankaj Kapoor, Irfan Khan, Tabu and Masumeh Makhija. The plot of the movie follows the plot of Macbeth completely with regards to events and characterization, but the movie did not fare well commercially. That did not hinder the director from making Omkara, an adaption of Othello. The film starred Ajay Devgan, Saif Ali Khan, Kareena Kapoor, Naseeruddin Shah, Konkona Sen Sharma and Vivek Oberoi. The film was showcased at the Cannes Film Festival (2006) and won numerous awards including seven Filmfare Awards. Commercially, the film was primarily successful internationally.

Vishal Bhardwaj is all set to complete his Shakespeare trilogy with the making of an adaptation of Hamlet. The rumor mills have been a buzz as to who will be casted in the film. The strongest contenders are Shraddha Kapoor and Shahid Kapoor. There have been rumors that all was not well between Shahid and the film Kaminey’s director, Vishal. Shahid has recently been finalized for the movie thus silencing all rumors that implicated the negative relationship between the two. The question that now remains is whether or not the film will do well commercially? The strong language and dark content matter have kept families in India away from seeing movies such as Maqbool and Omkara. As far as the actors are considered, Shahid has proven that he can portray dark and strong roles such as we’ve seen in Kaminey. Will you be watching the adaptation of Hamlet? Why or why not? Let us know in the comment section and stay tuned to Fuze for more updates!