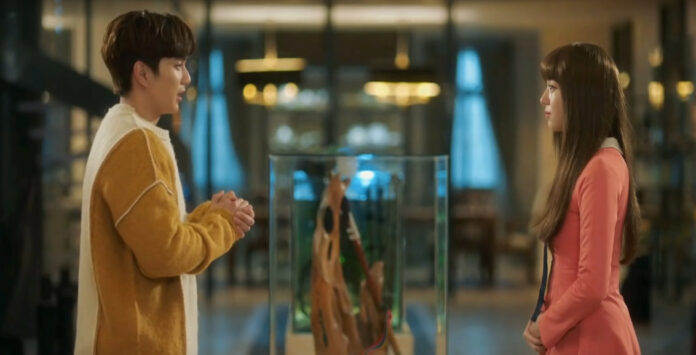 Oh! Yes, we can watch K-dramas in Hindi too now. The popularity of K-dramas is so immense in our country that they are being dubbed in all the languages including Hindi, Marathi, Tamil and Telugu for Indian audiences.

We will share the list of shows in other languages too but today, we bring you top 10 K-dramas in Hindi that you can watch for free on MX Player –

1. I Am Not a Robot – Starring Yoo Seung-ho, Chae Soo-bin and Um Ki-joon, I Am Not a Robot is the story of a guy who is forced to live like a hermit because his body is allergic to human contact. How he finally falls in love and comes out of the shell is what this series is all about.

WATCH – I Am Not a Robot on MX Player.

2. Dr. Romantic – Starring Han Suk-kyu as Dr. Romantic with Yoo Yeon-seok, Seo Hyun-jin in pivotal roles, Dr. Romantic is a medical drama that will keep you hooked from the very first minute of the show.

WATCH – The Emperor – Owner of The Mask on MX Player.

4. Two Cops – Starring Jo Jung-suk, Kim Seon-ho and Lee Hye-ri is the story of a detective who falls in love with a reporter. But, wait! It’s not that simple.. there’s a twist in tale. Watch it to know more.

WATCH -Goblin – The Lonely and Great God on MX Player.

7. The Tale of Nokdu – Based on the webtoon by Hye Jin-yang, The Tale of Nokdu stars Jang Dong-yoon, Kim So-hyun, Kang Tae-oh and Jung Joon-ho is about a man who in search of truth about his birth, disguises himself as a woman to enter a village where only women live.

8. Heirs – Starring Lee Min-ho, Park Shin-hye, and Kim Woo-bin, Heirs is as the name suggests about the group of students who belong to wealthy families are about to take over their family business.

9. Pinocchio – Starring Lee Jong-suk, Park Shin-hye, Kim Young-kwang, and Lee Yu-bi, Pinnochio is a comedy drama about how much the media can affect people.