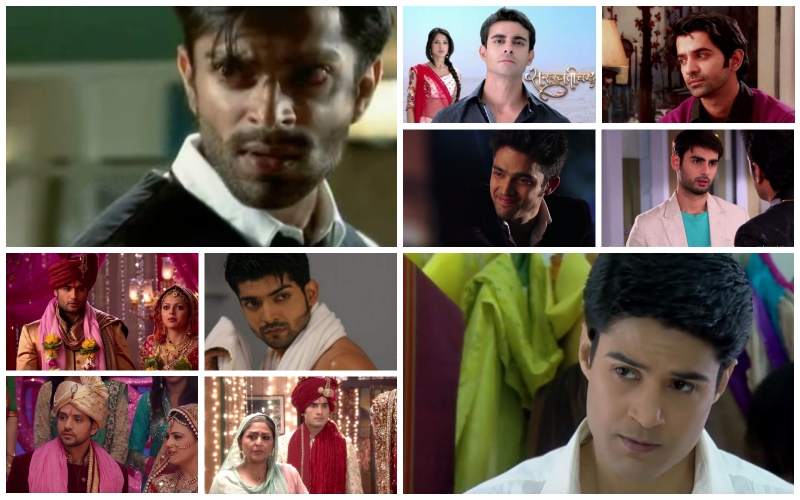 Telly world and fans miss their favourite characters of the show every now and then. The social media fan clubs make these characters alive even after the show gets over. Here are 10 old TV heroes who we still miss on TV!

Arnav Singh Raizada: Star Plus’s hit show Iss Pyaar Ko Kya Naam Doon and fans favorite Jodi of Arnav and Khushi (also known as ArShi by their fans) have been ruling the hearts from a very long time. Arnav Singh Raizada played by Barun Sobti added fuel to the fire with his talent.

Arnav Singh Raizada- the man with his alter ego always gives his reaction with “What The”. His tough exterior lies in his bitter past. His intense gaze towards Khushi is what makes fans love him so much. He doesn’t take credit for his generous needs.

His practical approach towards life makes him sound arrogant, dominant and powerful. But it is these qualities which makes him unique and his aura a mighty strong.

His unconditional love and his world revolve around his sister Anjali. She is the main pillar of strength for him before Khushi. She is his confidante to whom he expresses his emotions out which he hides it from the entire world. The adorable bond between the brother-sister also makes his weakness.

He is Khushi’s Laad Governor who never misses any chance to hurt her, to grab her attention, be possessive about and to whom she loved so much. Khushi Kumari Gupta Singh Raizada answered back to him with her clean heart which makes him annoy the most.

His flawless persona does not allow anyone to access his inside heart happenings. Also known as ASR by his co-workers, he is a control freak. His arrogance and rudeness hides how emotionally damaged he is from his traumatic past when he loses his mother when she attempted suicide.

From his childhood he has suffered a lot, this is the reason for his protective and possessive nature towards his sister. She is his only family and the only person who makes him listen to her. She is the only one who can command him and make him act according to her wishes. They share an inseparable bond.

He is a family man who can go to any extent to protect his family (which includes nani, maama, maami, Akaash). He even convinced his family especially maami for his brother Akaash’s marriage to Khushi’s sister Payal. He even collaborated with Khushi to make Akaash and Payal marriage happens.

He is a no-nonsense person who is not afraid of anyone. His enigmatic aura softens in front of Khushi who is lively, free-spirited, and traditional and always in some mischief or the other. His inexpressive nature often landed him in the wrong books of Khushi.

His business is his passion. He is confident as hell. For him, cracking deals are his daily hobbies. He makes sure he always gets what he wants. He is never wrong and for him nothing is impossible.

Over the time, he has transformed himself for the sake of Khushi’s happiness. He is possessive about his love and feels jealous whenever she is interacting with someone.

He has his own charm which also made him attracted towards Khushi and his ardent fans.