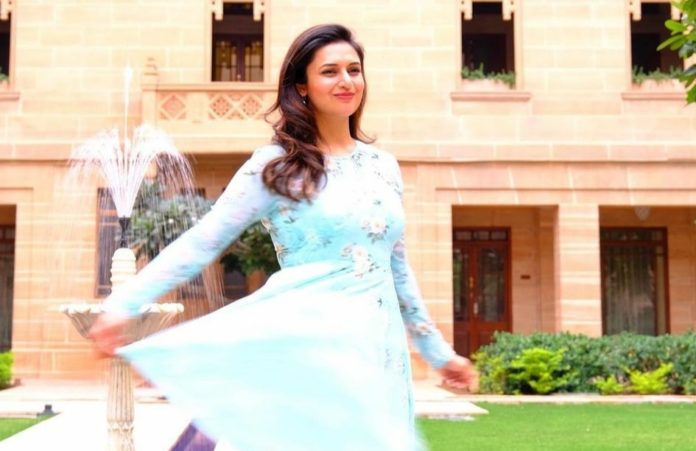 SPECIAL – that’s exactly what today’s date is as it marks the birthday of the multitalented, super gorgeous and immensely popular actress, Divyanka Tripathi Dahiya!

It’s mid December and honestly, whole world is frantically waiting for this year to end because of obvious reasons. There have been very few occasions of good news this year and taking the opportunity of Divyanka’s Birthday, we would like to remind the beautiful lady of the five special moments of her life that happened this year so that, she enters the new year of her life with the happy memories to cherish forever!

So without much delay, here are the five special moments of Divyanka’s life this year –

From being everyone’s favourite IshiMaa to the fiery yet sweet Chef Nitya, Divyanka won puri hearts alongwith numerous awards and accolades and The Star of The Decade award just summaries all of it!

• Turned A Producer – This special moment automatically becomes extra special because Divyanka shares this one with her husband, actor Vivek Dahiya!

The couple donned the Producers’ hat for a short ad film under their Production house, One Reason Films!

• Termed India’s Most Beautiful And Most Attractive On TV As Per The TIARA Report – TIARA – the acronym for Trust, Identify, Attractive, Respect and Appeal are the five points to estimate the brand value of a human or better say, a celebrity.

• DPIAF Popular Dynamic Actress – Since we are just fifteen days away from the new year, it would be safe to say, the year ended on the same note as it began, that is, with an award.

Divyanka won the Dadasaheb Phalke Icon Awards Film for the Popular Dynamic Actress and we don’t think, there could have been a more special way to bid this year, goodbye!

Last but not the least, we would like to wish Divyanka a very Happy and Blessed Birthday! We really wish and hope to see her back on our screens in an all new avatar, soon!