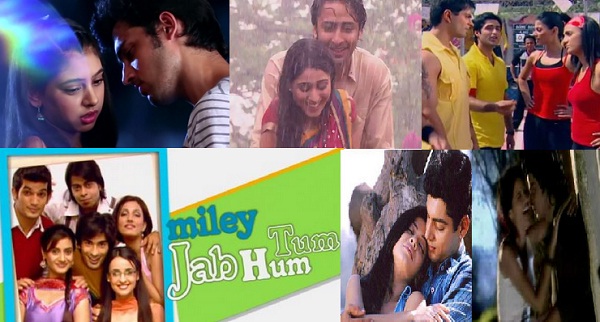 Today, when television is really suffering from the lack of youth shows, we have absolutely nothing to do except revisit the magical youth shows and college romance that were made years ago.

No wonder India’s most popular youth shows were produced by Star One and MTV. While the other one no longer survives in competition, MTV is the only hope left for young gen content on television. Take a look at the most popular 5 college romance stories that are still loved by the audience.

Whether its Gunjan-Samrat or Mayank-Nupur, Miley Jab Hum Tum remains to be one of the most loved college love stories on television till date.

All the lead actors of the show later on went on to become stars of television. The show gave them innumerable fans and must say, it had the most modern approach of story telling during that era.