Who says that girls can’t have craze for cricket? Here is Niti Taylor having a good discussion with her co-star Siddharth Gupta about who is better, Dhoni or Virat? On one hand where Siddharth can’t stop praising Dhoni, on the other hand Niti is not able to stop adoring Virat!

The two didn’t fail to bring in the topic of how these two amazing cricketers did their best in the World Cup but unfortunately couldn’t win it, yet the fact doesn’t change of them being the best!

When Niti tells about how adorable Virat looked with Dhoni’s daughter in his recent Instagram post, Siddharth taunts her on being a stalker and also teases her saying ‘Ja shadi ka proposal le ja (Go ahead and propose him for marriage)’. But Niti takes it in a sporting spirit and by the end, both did a little promotion of their own show and the channel.This proves that the IPL craze is surely there among the actors too.

We love the small discussions these two do every now and then. Don’t you love it too? Share your love for them and tell us who is your choice, Dhoni or Virat?

They say cricket is our religion! Watch @niti_taylor and @scorp_sid take sides to support their heroes.https://t.co/6vxCkVQ2Jv 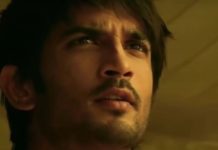 Rhea Sharma : Here’s Why The Unparalleled And Gifted Actress Is One Of The Most Loved Ones Currently – #HappyBirthdayRheaSharma 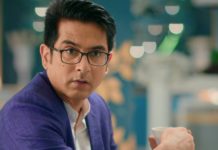