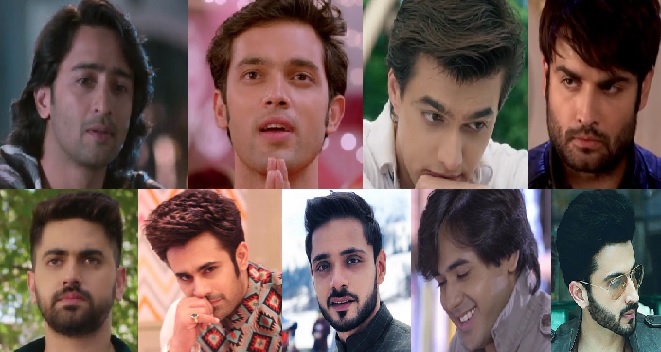 We have horror, supernatural, suspense, thriller, drama and what not, flooding the Indian television right now. Even though the Indian TV soaps are a place where the female leads score the top spot but despite of that fact we have our own heroes blowing the trumpet with their killer looks and marvelous acting.

So here we are, with the mid year review of the most impressive actors who have managed to engage the viewers with their powerful performances.

Be it Zain Imam’s powerful portrayal of Kabir in Ek Bhram Sarvagun Sampanna’ or Vivian’s still captivating act in Shakti, there’s no stopping. Even actors like Shaheer Sheikh and Parth Samthaan have taken over viewers’ hearts with their characters of Abir and Anurag respectively.

All thanks to Randeep Rai for making us fall in love with Sameer from 90’s and Mohsin Khan whose character of Kartik has never failed to set husband goals right! Even actors like Adnan Khan are delivering ace performances as usual.

Scroll down to vote for your favourite actor for the first half of 2019!