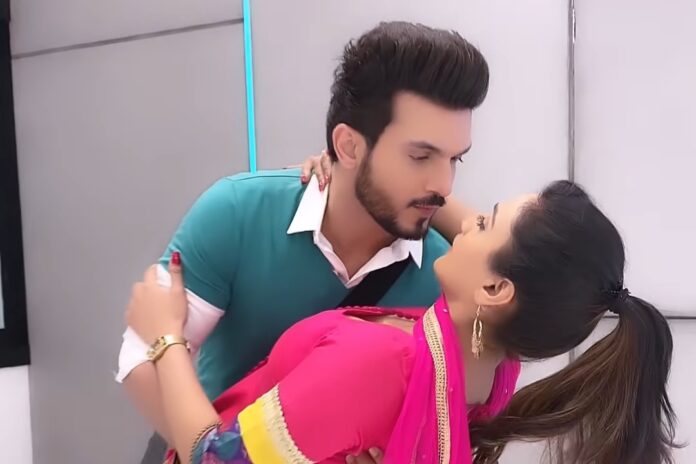 The era of the early 20’s had its own history in the world of television. It was a time when youth oriented shows dominated the small screen and there was an equal fan following for the same despite the fact that social media had a negligible role in all the hype.

One such amazing hit show was “Miley Jab Hum Tum” that aired on star one. The show starred Mohit Sehgal, Arjun Bijlani, Rati Pandey and Sanaya Irani in the lead roles. An Indian drama series based on falling in love during college was an instant hit among the audiences.

With the success of the show, we got another hit jodi of Mayank and Nupur aka Arjun Bijlani and Rati Pandey respectively. Their onscreen chemistry and the banter made them win viewers hearts and how!

And while we still reminisce about their banter, Arjun and Rati just made us more nostalgic with their latest gimmick. The two reunited to recreate one of their scenes together and we can’t help but vouch for the fact that nothing beats their equation even after so many years!