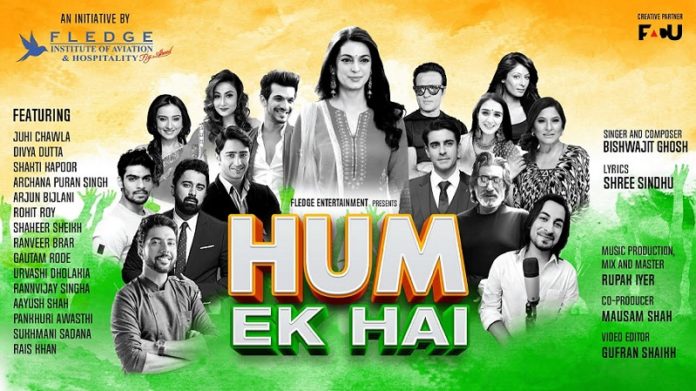 The entire world is facing a major crisis with the Covid-19 gripping it brutally.
All that the world needs right now is a little ray of hope and something positive to look forward to in these troubled times.

The Fledge institute of Aviation and Technology, in a very noble initiative has come forward with stars like Juhi Chawla, Divya Dutta, Shakti Kapoor, Shaheer Sheikh, Rohit Roy, Gautum Rode and many other from Bollywood and television industry with the new music video ‘Hum Ek Hai’.

The just released music video featuring the popular faces isn’t just significant of the message of peace, unity and togetherness but also is a tribute to all the frontline warriors, the doctors, nurses, police, army, sanitation workers, journalists and all those who are out there saving the world in this time of pandemic.

Featuring the stars from the confines of their homes, this video carries a strong message for the citizens of the nation, who are in isolation but still together in this fight against the epidemic.

Watch out for the music video below –