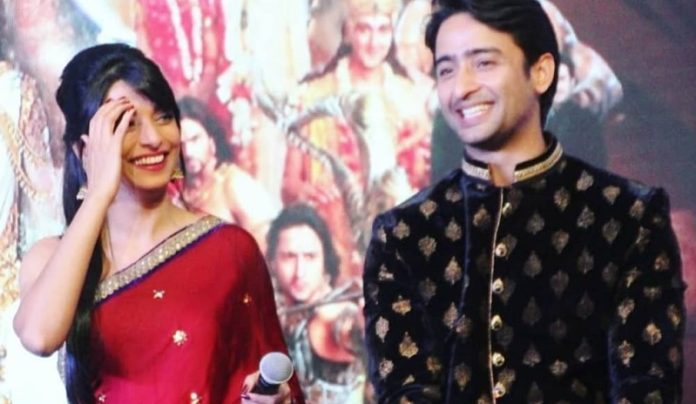 Actors Shaheer Sheikh and Pooja Sharma gained immense popularity after they played Arjun and Draupadi in Star Plus’ Mahabharat. The show not only made them extremely popular in India but it also created humongous craze for them in Indonesia. Shaheer’s portrayal of Arjun added up to his fans’ list who simply couldn’t stop adoring his on screen warrior persona in Mahabharat. His chemistry with Pooja Sharma in Mahabharat was loved by the viewers. Pooja as Draupadi also went on to win hearts.

Mahabharat had been the No.1 show on television back in 2013 and it was a great success for the channel. However, when the show was aired in Indonesia on ANTV, the popularity left us speechless.

Rewinding the time back, here’s a video that we came across on Instagram. The video shows a clip of Shaheer and Pooja on stage in Indonesia for a show on ANTV. While Shaheer sings a song in Indonesian language on stage, the audience cheers for him with excitement.

Fans have been demanding since long that Shaheer and Pooja’s chemistry although good have remained unexplored in Mahabharat. And their want to see them together in another show has been a budding dream for the fans for the duo.
Let’s hope some day, both are seen working together again. It will definitely be a happy moment for the Mahabharat viewers, isn’t it?