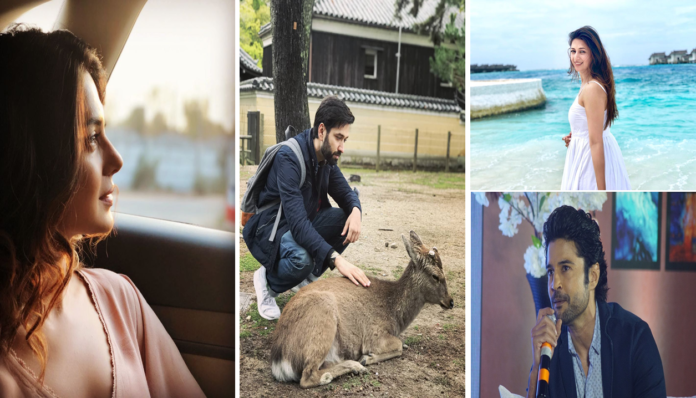 What is it exactly that makes a celebrity a STAR? I have often pondered over these questions. When you speak of Bollywood, the Khans rule the department and people have set different names for each to identify with their stardom – SRK is King Khan, Salman Khan is Bhaijaan, Aamir Khan is the perfectionist and audience always have a fixed idea about the kind of work each of them do – SRK hardly does intelligent films and most of them are purely commercial, Salman Khan is always more about action, Aamir Khan is mostly experimental and so on and so forth.

In television, with a much lesser shelf life due to long running shows, actors do not get these tags or one really cannot come up with names to identify their stardom with (apart from a few exceptions). But still we have Stars on small screen.

When actors start that journey towards becoming a star, they do need a good chunk of young crowd to give that push to their popularity. That happens and is needed for every actor. But with time, more than crushing and gushing, an actor’s personality, his words, beliefs and choice of work play a major role in creating his charisma and making him a believable ideal among the majority. That’s how his image is created.

These days people have grown a tendency to look for more into an actor apart from his/her acting and that makes him a memorable artist in the minds of the people, memorable in a way that even if you are out of sight, you aren’t out of mind. Everyone likes an aware artist these days.

And since we are talking about television here, we are going to talk about some actors (we are sure there are many others), who have this different kind of impression attached with their name apart from their being ‘good actors’. These ‘different impressions’ somehow make them more respectable or admirable not only by their hard core fans but also audience in general.

15 years ago, when he appeared as the irrevocable, infantile and invincible lover in Kahiin Toh Hoga, hardly there would have been a teenage girl who didn’t crush over him – Sujal was the definition of ‘endless love’ for them.

When he left the show, majority of his ‘loyal fans’ left along with him and later when he played the role of Captain Rajveer Singh Shekhawat in the 2006 military drama Left Right Left on a not so mainstream channel like SAB TV, he somehow earned the trust of the viewers over his choice of projects.

By the time he lifted the Best actor Award in 2007 for the same show, he not only was respected by his on screen cadets in the show, but many of his fans also had started admiring him off the screen.

But something changed after Aamir in 2008 and that change is constant even after 10 years.

Rajeev Khandelwal is not an actor who is seen very often on screen, but after Aamir, somehow people started having this impression about him that, ‘if he is doing something, that thing must have something good in it’.

Somehow, his follow up movies Shaitan and Table No. 21 helped in building the notion. As said very rightly by one of his producers, Rajeev Khandelwal adds ‘credibility’ to a project.

He is one such actor whose presence may not make a project outstanding in real, but in the mind of general audience, that project must be having something worth watching.

That’s the kind of ‘different impression’ he has on the viewers and that sets him apart.

Yeh Rishtey Hain Pyaar Ke : Shaheer Sheikh And Mishbir’s Dewy Romance Will Have You Captured Despite The Mandatory Drama

Yeh Rishtey Hain Pyaar Ke : Is Sacrifice The Ultimate Way To Prove You Are A Good Daughter Or Daughter In Law?