Home BLOG Political Affairs Will Narendra Modi Be The Next Prime Minister of India?

The BJP, which is finalising the campaign plans of its recently appointed prime candidate, has narrowed down key cities of Uttar Pradesh as well as other states for Modi’s mega rallies. They plan on targeting major cities such as  Agra, Bareilly, Gorakhpur, Varanasi, Baharaich, Kanpur, Lucknow over a 45-day period. His will for becoming the Prime Minister is stronger than ever this time around

Rallies are arranged when every candidate tries hard to push their best qualities forward, often masking the negatives, causing voters to become confused. In such circumstances, one needs to weigh all the pros and cons of the possible situation.There is no denying the fact that Narendra Modi is obsessed with the power and authority given to him as the Chief Minister of Gujarat. He can undoubtedly be considered a  control freak who wants authority over every breeze of air in the state of Gujarat. This go-getter attitude works to his disadvantage due to his overbearing nature. Under such circumstances, would you not believe that as a candidate for Prime Minister, Modi presents a future in which India would rule under a totalitarian state?

The 2002 Gujarat Violence that followed the infamous Godhra incident killed thousands of people and destroyed properties worth a million. Uncountable number of lives were lost and bodies were ‘burned and butchered beyond recognition’. The massive destruction caused from the riot is also been blamed on the then ruling State Government of Gujarat headed by Narendra Modi. Following this incident, Modi’s acceptance at the international community reached the bottom line. The United States cancelled Modi’s visa as well.

Despite such an overbearing and prominent negative character trait, voters cannot argue with his charismatic appeal. As the CM of Gujarat, he has proved to the world that he is the finest manager of both Indian and International media amongst his competition. He has excellent organizational skills, a suave personality and power of conviction. This ability can work in favor of India in the international market, where India, unfortunately, has been under-represented in the past. However, the fact that the United States has refused to give him a visa may lead to set backs amongst his response from other nations.

As CM of Gujarat, Modi has revolutionized the State. As part of his Garvi Gujarat and Vibrant Gujarat Campaigns he has commercialized the state completely. Skeptics however, believe that this was more of a political and pride issue. His mission to reform Gujarat began shortly after the United States refused his entry into the nation. People believe this may have been a driving factor in the reforms that took place in Metro-cities such as Ahmedabad and Baroda. Others believe that this was merely a CM doing his job for the betterment of his state. Now, the question is will India forget and forgive mass killing and destruction of 2002 for the sake of economic development in 2014?

Weighing out some of the pros and cons, one has to take the proper approach for before this election. As simple as it sounds, with all the rapidly changing events it depends on the voters to make the correct decision. Thus far, his campaign has been one of the most controversial campaigns in the history of Indian politics and the recent birthday wish from Actress Mallika Sherwat was not an icing on the cake. Despite all these occurrences, Modi continues to strive for his dream of becoming India’s next Prime Minister. Now it is up to the voters to decide what their future will hold! 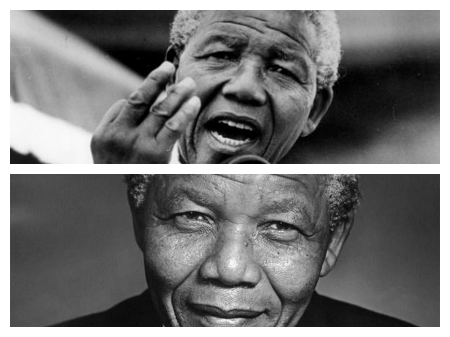