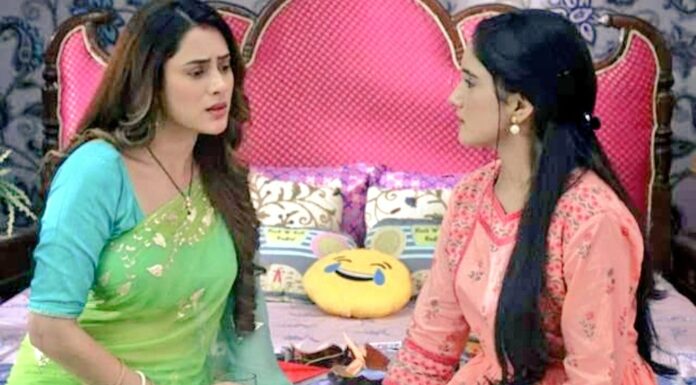 Star Bharat ‘s much loved show, Woh To Hai Albelaa starring Shaheer Sheikh and Hiba Nawab in lead roles along with Kinshuk Vaidya and Rachi Sharma as parallel leads is going to serve it’s viewers with a very interesting track.

As we witnessed, Sayuri returned to her home when she got to know the truth behind Anjali’s drama. With Kusum on her side, Sayuri gained confidence that soon, she will be able to win over Saroj as well but alas!

Saroj has something else going on in her mind. Earlier, she had her cards on display or rather, she never shied away from showing her hatred for Sayuri and Sharmas but this time, it’s going to be different. Saroj is going to play it dirty and mask her hatred behind fake acceptance.

Thanks to Kanha, the Chaudhary and Sharma family celebrated Krishna Janmashtami with much zeal and joy together after eighteen years but all this while, Saroj masked her real feelings.

In the upcoming episodes, we will witness how Saroj will favour Rashmi in each and everything, she will pamper Rashmi but just for the sake of making Sayuri feel unwanted. Now, Sayuri won’t get jealous of her own sister but Rashmi sure is going to be Saroj’s puppet and end up hurting Sayuri in the process.

Apparently, this may cause differences between Kanha and Nakul as well and eventually, Kanha – Sayuri and Nakul – Rashmi but we hope, both the brothers see through their mother’s evil plan before it’s too late.