We might stay annoyed with a story line, change the channel, skip the episodes and deny watching those due to certain illogical stuff shown in a show. In a daily soap, it is hardly possible to always remain practical without including any drama in between. TV’s reel life often mirrors the real life too, if not always. However, one should have the eye to recognise those. Amidst many other insensible characters and their actions, Ye Hai Mohabbatein’s yesterday’s episode showed us the mirror again. No matter how far we have come and the modern world we live in, ‘ghar ka chirag’ is always more important than ‘ghar ki lakshmi’.

1. In yesterday’s episode, when Adi was admitted in hospital in a critical condition, Toshi Bhalla (Raman’s mother) lost her cool. She cried with the fear of losing her family’s only heir. She even spoke aloud about the fact that Ruhi will leave them at one point of time but it’s only Adi who would continue the Bhalla bloodline. Surprisingly, her husband, Omprakash Bhalla contradicts her statement and asks her about how she can think about such things in this modern era. Irony of the scene is that the ‘Bhalla’ bloodline should be HIS (Omprakash Bhalla) concern first but it became a priority for his wife, who herself came from another family and probably have once upon a time been a daughter to her parents as well.

This is a FACT that has been brilliantly included in the script of the show yesterday. This fact exists in reality where a major portion of our population still think of their sons as their only possible heirs. There’s a popular saying that a woman only can be another woman’s biggest enemy. The statement stands true in many cases. The concern with regards to an heir for the Bhallas should be a matter of headache mainly for Omprakash Bhalla. But the man seem to have a large heart who doesn’t discriminate between his grandchildren on the basis of gender. However, being a woman, a mother to two daughters, a grandmother and a mother-in-law, Toshi Bhalla failed to think like her husband. This is no surprise and she is no hypocrite. Look around you, she is simply representing the numerous women of our country who exactly think like her. 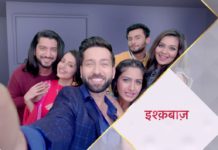 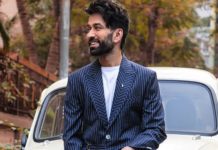