The much awaited consummation sequence of Ye Hai Mohabbatein is finally aired. To some, the episode might have appeared cliched as it was like just another consummation scene. It was regular, simple yet it had a few moments that did set it apart. It was not so different but yet good to watch. You really don’t need to be too different always to appear too good. Here are a few things that made the episode worth a watch;

Accepting The Way You Are

Ishita’s emotions were almost overflowing when she accused  Raman of not seeing her the way a husband should often look at his wife. She considered herself plain and somehow Shagun’s ‘behenji’ comment affected her so much that she lost control on herself. Poor Raman had to hear that his wife doesn’t ‘drive him crazy’. However, the assurance that he loves her as and the way she is was one of the best way to start the sequence. No doubt this die hard Punjabi man now loves his Madrasan in those boring Kanjivaram sarees. Even though he never really stopped taunting her for wearing those sarees, which appeared to him as ‘Kapdo Ki Thaan’, but the same has now become his favourite attire for Ishita. 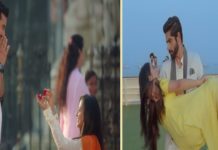 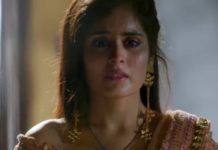