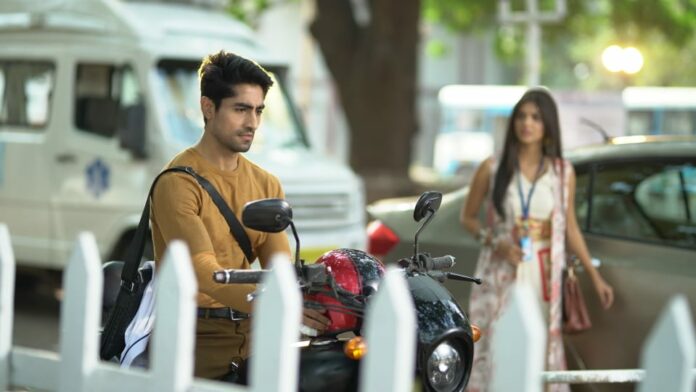 Abhimanyu of Rajan Shahi’s “Yeh Rishta Kya Kehlata Hai” has been ignoring Akshara which has left her confused. While leaving the hospital, she calls him “Abhi”, and he tells her that only his mom calls him Abhi and now her sister will have the rights to call him Abhi.

Akshara and Aarohi reach home, and the family is checking the jewellery for Aarohi. She then asks them for Rs. 40 lakhs and tells them she wants it to buy a diamond set that she liked. After some discussion, Manish agrees to give her the money. At the same time, in the Birla house, Manjari is preparing for the Mehendi. Neil gives her his phone to check some videos of the engagement and she sees Abhimanyu injuring his hand on purpose. She is worried that Abhimanyu is getting married to Aarohi against his wish. She confides in Mahima about the same and she too agrees. Manjari wants to talk to Abhimanyu about it, but she finds him busy on the phone.

The next day, Aarohi leaves early from home and goes to a jewellery store. She buys something worth Rs. 10 lakhs and asks them to make a fake bill of Rs.40 lakhs. Shefali and Mahima see this and wonder why she got a fake bill made.

Meanwhile, the Goenka house is decorated for Mehendi. Abhimanyu enters the house dancing with a dhol. He makes everyone join in. Neil drags Akshara as well and she asks Abhimanyu why is behaving the way he is.

In the upcoming episode, we will see that Akshara is putting Mehendi on Aarohi’s palm but she pulls her hand and it gets on her hand. Aarohi then tells Akshara that she has to go somewhere. Akshara tries to stop her but she doesn’t listen. Later, Aarohi is giving money for her admission to a guy and Neil sees all this. Will Neil inform Abhimanyu and the family about it? To know what happens next, keep watching “Yeh Rishta Kya Kehlata Hai”.