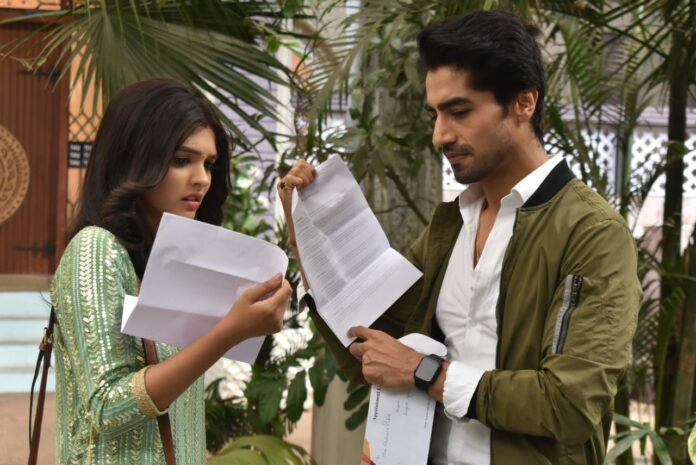 The friday episode of Rajan Shahi’s “Yeh Rishta Kya Kehlata Hai” started with Abhimanyu giving a letter to Neil on his first day of work that read he and Manjari have full confidence in him that he will make them proud. Neil thanks him for all that he has done for him even though he is an orphan. Abhimanyu hugs him and asks him to not talk about it again.

Once he leaves, Abhimanyu gets a call from Akshara but they couldn’t talk because of the network issue. Abhimanyu realises it’s not a good place for Akshara to work and calls up a friend of his and tells him about Akshara being a music therapist. Just then Aarohi comes to talk to him and Abhimanyu asks her to wait outside. Aarohi leaves angry and she remembers what Rudra told her that Abhimanyu will not let her take up another job and will neither promote her.

Once Akshara reaches home, she finds Abhimanyu in the garden and takes her appointment letter out. They surprise each other with offer letters where Akshara’s was from the charitable hospital and Abhimanyu’s from a reputed hospital. Neil, Shefali and Paarth too come there and they realise they are two different offer letters. Shefali tells Akshara that the one Abhimanyu had is from his friend’s hospital and he must have spoken to them realising their family’s reputation.

Abhimanyu leaves from there. Shefali tells Akshara if Abhimanyu decided it on his own then that means he is trying to control her. Akshara tells her it’s his concern and not control. She goes to talk to Abhimanyu and makes him realise that unless he lets her try, how will she know what she can do. Abhimanyu agrees with her and the couple spend some quality time together.

Meanwhile, Kairav takes sweets for the Goenkas and informs them that Akshara has got a job. Everyone was very happy except Aarohi who heard Abhimanyu’s conversation and felt that she got it because of Abhimanyu. She is very angry especially with what Rudra told her.

At the same time, Akshara hears Manjari come back home and surprises her with the offer letter. She congratulates her and tells her she should do all that she was not able to do. Akshara realises Manjari wanted to take singing professionally but couldn’t do it because nobody supported her.

In the upcoming episode, we will see that Harsh blasts at Neil for signing some papers and asks him why he did it. Neil replies that he was told since he is from the same family he can do it. Harsh shouts at him and tells him he is not. Later, Akshara tells Manjari that she knows the truth about Neil’s adoption which Manjari has kept a secret. To know what happens next, keep watching “Yeh Rishta Kya Kehlata Hai”.