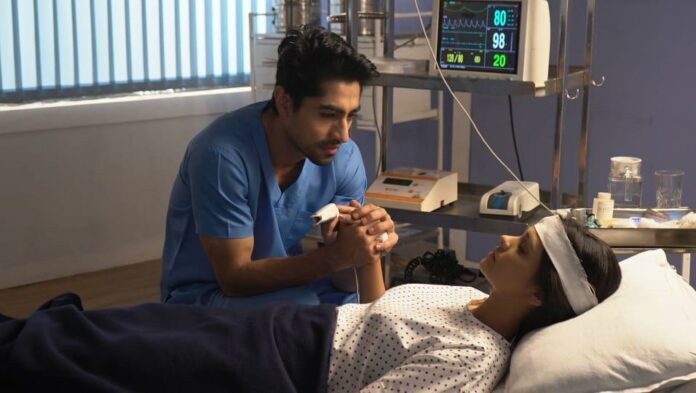 Akshara of Rajan Shahi’s “Yeh Rishta Kya Kehlata Hai” regained consciousness and is surprised to see Dr. Rohan there. He tells her that she is out of danger now and leaves. Abhimanyu did not want her to know that he saved her life and had sent Dr. Rohan instead. However, later a nurse comes who informs Akshara that it was Abhimanyu who saved her life.

She tells her that when she was brought to the hospital, Abhimanyu got scared seeing her but he later gathered the courage and saved her life.

Meanwhile, Abhimanyu is praying to Lord Shiva and thanking him for saving Akshara’s life. Just then he hears Akshara singing and goes to see her but doesn’t go inside her room. They are both in love with each other and in a lot of pain but won’t admit it.

In the upcoming episodes, we will see that the Birlas send haldi for Aarohi, but accidentally it falls on Akshara first. Akshara is wondering if she should let Aarohi get married to Abhimanyu when she is the one who loves him. To know what happens next, keep watching “Yeh Rishta Kya Kehlata Hai”.