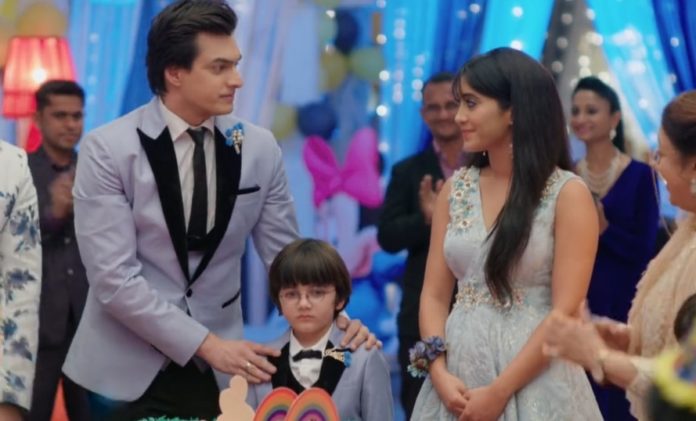 Yeh Rishta Kya Kehlata Hai on Star Plus is amidst a major confusion regarding certain relationships for the dynamics are heading in the right direction.

The major concern for everyone in the show right now is the palpable tension between Kairav and his dad Kartik (Mohsin Khan).

The little one who has taken his dad to be a man of a negative nature, is now full of hatred for Kartik and now is insisting on the idea of moving back to Goa with his mother.

Naira on the other hand is torn between her son’s feelings and Daadi’s bizarre request. The show will now witness a few upcoming sequences wherein Kartik would be trying his level best to win back his little man’s trust and how.

The recent clip shows masked man with a turban who turns up at the Goenka house with music and frolic only to have his son happy and bubbling with laughter.

As can be seen from the clip, even Naira appears to be clueless about who he is and looks like Kartik is going to give the entire family a surprise along with Kairav.

Are you excited to see what’s in store for you next? Have a look at the video here –