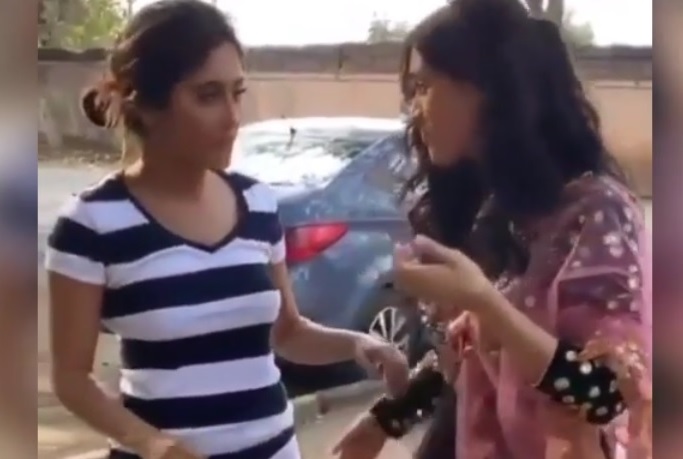 Yeh Rishta Kya Kehlata hai is one of the longest shows on Indian television and has always remained one of the favourite shows of the viewers.

The twist and turns in the show has always engrossed the audience of the show. The ongoing track is also spellbinding and is keeping the viewers curious for the upcoming episodes.

As Naira has got to know that Vedika is not the one who has donated her kidney rather someone named Umesh Gupta has donated his kidney to Naira and Vedika is faking all this to stay as Kartik’s wife as she has made a deal with him that if she donates her kidney to Naira than in return Kartik has to break all relations with Naira. Now Naira is heading to plan something really interesting to reveal Vedika’s lie in front of everyone.

As Vedika’s chapter is almost reaching its closure, the actors have shot the last episode of hers too and Shivangi Joshi aka Naira has bid goodbye to Pankhuri Awasthy aka Vedika with sweet gestures.

The actress has brought cake and flowers for her friend and it’s too awwdorable.
See the video right here!!!

In another video, the two are seen happily, swinging around making a tiktok video, looking totally like happy-go-lucky girls.

The two share not so positive chemistry on screen but off screen they are total sweethearts sharing a lit bond!