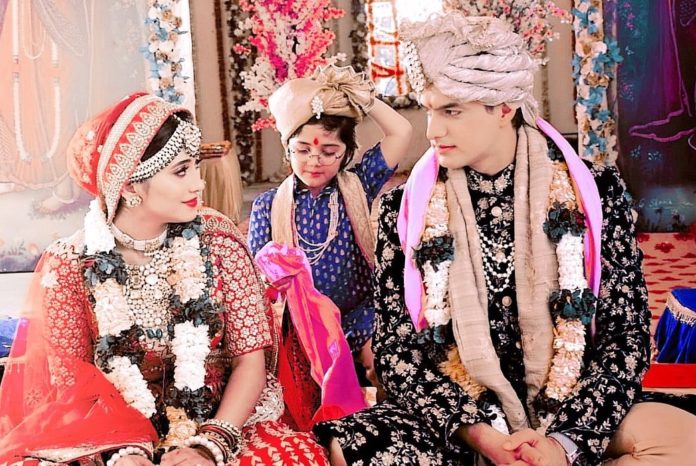 The new promo of Yeh Rishta Kya Kehlata Hai starts with Naira getting decked up as a bride again and yet beating her own record at looking heavenly gorgeous. Walking her down the aisle are her Badi Daadi and Gayu di with Kairav running before her.

The next shot pans onto Kairav doing the gathbandhan of his mumma – papa as we see Kartik still lost in his wife as always.

The two begin to take rounds of the holy fire as Kartik not only take vows with Naira but also holds Kairav in his lap as they circle around.

Naira’s beauty aka Shivangi Joshi’s bridal look will make you fall in love with her all over again and you wouldn’t be able to help but say ‘hayeee’ like Kartik does.

Kartik aka Mohsin Khan in his groom avatar looking dashing as ever will hit the pang of jealousy a little as to such a dream guy is getting committed all over again.

The essence of the entire promo lies in the little one. Kairav’s presence in his mother and father’s marriage is something that comes across as a beautiful site especially during the pheras when Kartik picks up Kairav and he becomes a part of the 7 promises his parents are making to each other.

Taking rounds of the holy fire, Naira and Kartik’s journey together signifies, no matter how many times they fall apart, no matter what comes their way, the two have now once again come back to each other. Kartik and Naira’s end point has always been each other’s embrace like the two ends of circle which complete it.

This time with Kairav along, it’s all the more beautiful than ever.

Have a look at the gorgeous promo below –

Celebrate the pureness of Kaira's love as they tie the knot! #YehRishtaKyaKehlataHai, 15-17 January at 9:30pm on StarPlus and Hotstar: http://bit.ly/YRKKHHotstar @shivangijoshi18 @khan_mohsinkhan 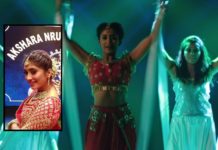 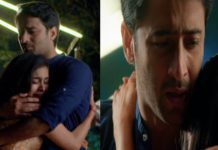 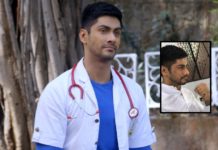