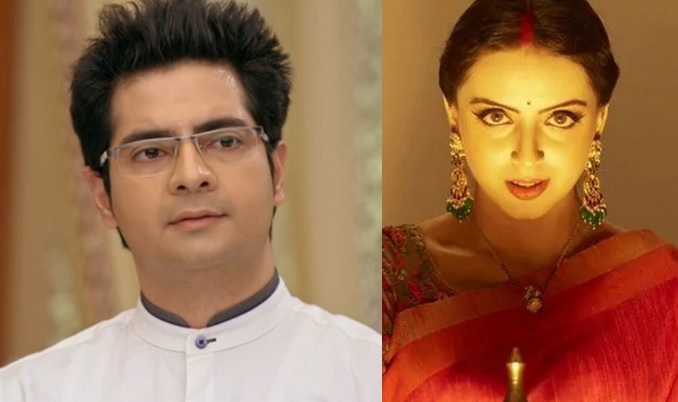 You have seen him playing the role of Naitik Singhania in Rajan Shahi’s Yeh Rishta Kya Kehlata earlier.

For long 8 years, he along with Hina Khan were the stars of the show and also the TRP chart. People loved and adored him as the righteous and gentleman Naitik.

After Yeh Rishta Kya Kehlata Hai took a leap, he left the show and since then his fans are waiting to watch him on a daily soap.

The wait seems to be finally over. Karan Mehra will be seen in Zain Imam and Shrenu parikh’s newly launched show on Star Plus, Ek Bhram Sarvagun Sampanna.

Also Read : CHECK OUT : Television Stars Join The Cast And Crew For The Premiere Of Ek Bhram Sarvagun Sampanna

As the show will focus on the backstory of Jhanvi and her sister Ishaani, Karan Mehra will be seen as the father of the two little girls.

The show will get into flashback mode occasionally and Karan Mehra will appear only in the flashback memories of Jhanvi.

Isn’t that a great news? Let us know what you think about the track in Ek Bhram Sravagun Sampanna below in the comment section.