Ok, there’s a lot of Kuhu and Meenakshi drama going in in the show. As much as there drama is magnetic towards TRP as per Indian TV standards, there are some other things as well that we are loving in the show.

This article for a change is only going to concentrate on the two most inspiring and loved characters from the show. The only two people who still seem to be logical and reasonable in the entire story. They are none other than the viewers’ favourite Mishbir. Here are five things that we are loving in them post their wedding –

1. Kuhu spiking Abir’s drink gave us one of the most memorable performances by Shaheer Sheikh in the show. The actor has been a pro in such scenes and it’s not something unknown to his fans who have watched him in his previous shows. The entire ‘Abir being sleepy’ affair was adorable and comical. We loved it!
2. Mishti’s advances have always been quite bold in the show. However, the scene in which she is seen teasing Abir standing right next to the door while Abir was standing there trying to have a sane sounding conversation with Kunal was a hillarious sequence. Also, the scene wherein Mishti scares Abir while talking to Kunal on a video call mentioning about what they are going to do that night was no less amusing. In these sequences they are typically Mishbir and Kunal is always in between them as a confused soul trying to make out things.

3. Abir being in his right mind about Meenakshi and Mishti being in her right mind about Kuhu is a positive note in the track. They know who can be the trouble makers and when you know your enemy, it’s a tough battle for the antagonists.

4. Mishti and Kunal’s bond is something to devour upon in the scenes. Add up Abir in them and they are just great to watch out for. It’s kind of surprising how much Kunal trusts Abir with Mishti. Can we have more of such scenes please?

5. We just can’t forget to mention how Mishti refers to Meenakshi as ‘Dragon Saans’ in some scenes. Trust us you won’t get such a straight forward and honest bahu on TV. There are only sanskaari ones and Mishti despite being sanskaari isn’t just one of them and we love her for that reason. 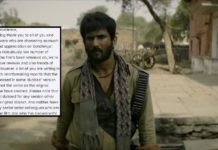